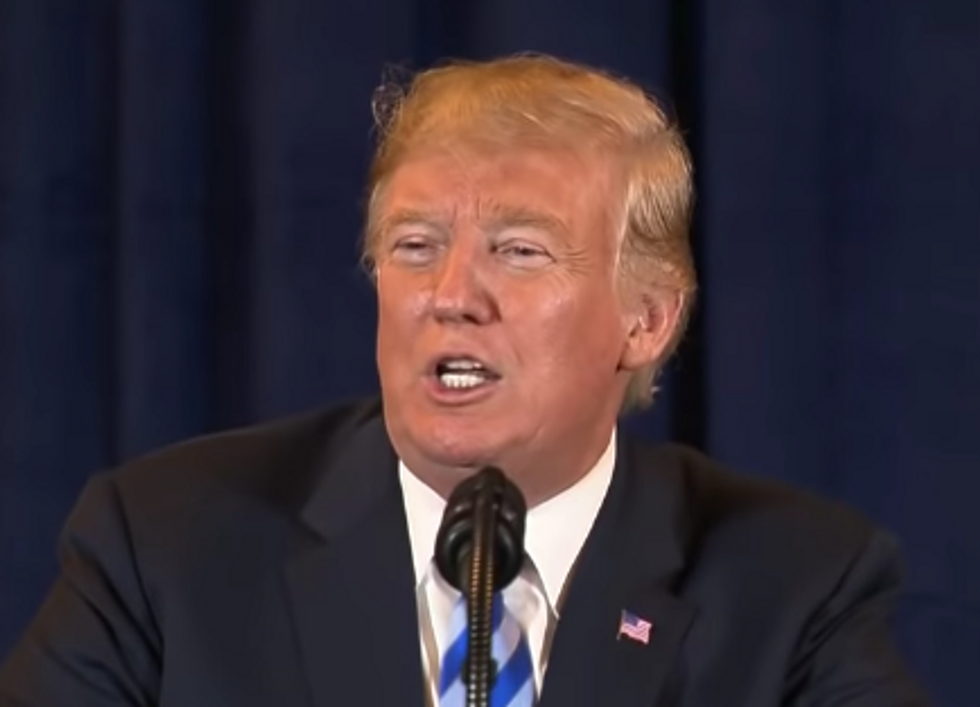 Congressional midterms can deal a major blow to a president, from Ronald Reagan in 1982 to Barack Obama in 2010 to Bill Clinton in 1994. Two years after being elected president, Reagan, Obama and Clinton all watched their parties suffer significant losses in Congress. And according to professional pollster G. Terry Madonna—director of the Franklin & Marshall Poll and head of public affairs at Franklin & Marshall College in Lancaster, Pennsylvania—Republicans have much to worry about when it comes to the 2018 midterms.

In a new listicle they wrote for the City & State Pennsylvania website, Madonna and fellow pollster Dr. Michael Young (who was a professor of politics and public affairs at Penn State University) cite five reasons why Republicans should be worried going into the November midterms: (1) the history of midterms, (2) the 2018 midterms will be a referendum on Donald Trump’s presidency, (3) enthusiasm among Democrats, (4) the influence of female voters, and (5) a “shifting midterm coalition.”

In their listicle, Madonna and Young note that Democrats need to pick up 23 seats in the House of Representatives in order to regain a majority and recall that in their first midterms as president, “Reagan lost 26 seats, Clinton 54 and Obama led the way with a stunning 63-seat loss. The only exception occurred in 2002 after the terrorist attacks of September 11, 2001: George W. Bush’s Republican Party gained eight House seats and two Senate seats.”

Reflecting on historic patterns, Madonna and Young observe that “a midterm election is a referendum on the incumbent president. Typically, if a president’s job performance is below 50% approval rating, House losses will occur—and they will be substantial.” Trump’s average approval, according to Real Clear Politics, has been 43.4%.

“If Trump’s approval ratings do not improve,” Madonna and Young assert, “Republicans in competitive races will continue to be vulnerable.”

Madonna and Young note that because voter turnout tends to be “relatively low” in midterms (around 40% of eligible voters), “midterm outcomes are heavily influenced by the degree of enthusiasm that exists among voters”—and in 2018, Democrats have the advantage when it comes to enthusiasm.

Further, Madonna and Young explain, “Democratic candidates are raising far more money than their Republican opponents in many cases and three times more than they did in the last midterm in 2014.”

Politically, recession-plagued 1992—the year in which Bill Clinton was elected to his first presidential term, President George H.W. Bush was voted out of office and Ross Perot performed relatively well for a third-party presidential candidate—was hailed as “The Year of the Women.” But according to Madonna and Young, “2018 will make the so-called ‘Year of the Women,’ 1992, pale by comparison. This year, more female candidates are seeking office than in any previous election cycle.”

Madonna and Young go on to say that according to the Center for Women and Politics at Rutgers University, 185 female candidates have been nominated so far for the House—and 143 of them are Democrats. The pollsters observe that “strong opposition to President Trump among Democratic women clearly explains much of the current female mobilization. In 2016, there was a 24-point ‘gender gap,’ with women voting Democratic by a 13-point margin, while men favored Republicans by 11 points. Polls indicate a similar or larger gap in 2018 as women increasingly support Democratic candidates.”

Finally, Madonna and Young note that a “shifting midterm coalition” does not favor Republicans in 2018.

“Midterm voters tend to be more affluent and better educated,” Madonna and Young explain. “In 2018, these differences are likely to benefit Democrats since Trump’s 2016 supporters came disproportionately from among white working-class voters without a college degree—precisely the group less likely to show up at the polls on November 6. Moreover, in 2018, college-educated voters have been showing up in large numbers in special elections and among Democratic primary voters. This worrisome pattern for Republicans means the Trump coalition from 2016 is likely to be considerably smaller in 2018.”

Nonetheless, Madonna and Young wrap up their listicle by stressing that none of these five factors guarantee a Democratic wave in November.

“In 2016,” the pollsters conclude, “people learned that ‘the only poll that counts is on Election Day.’ That’s something Republicans should remember and Democrats should not forget.”