Here Are 15 Reasons Why Trump's Supporters Will Never Abandon Him 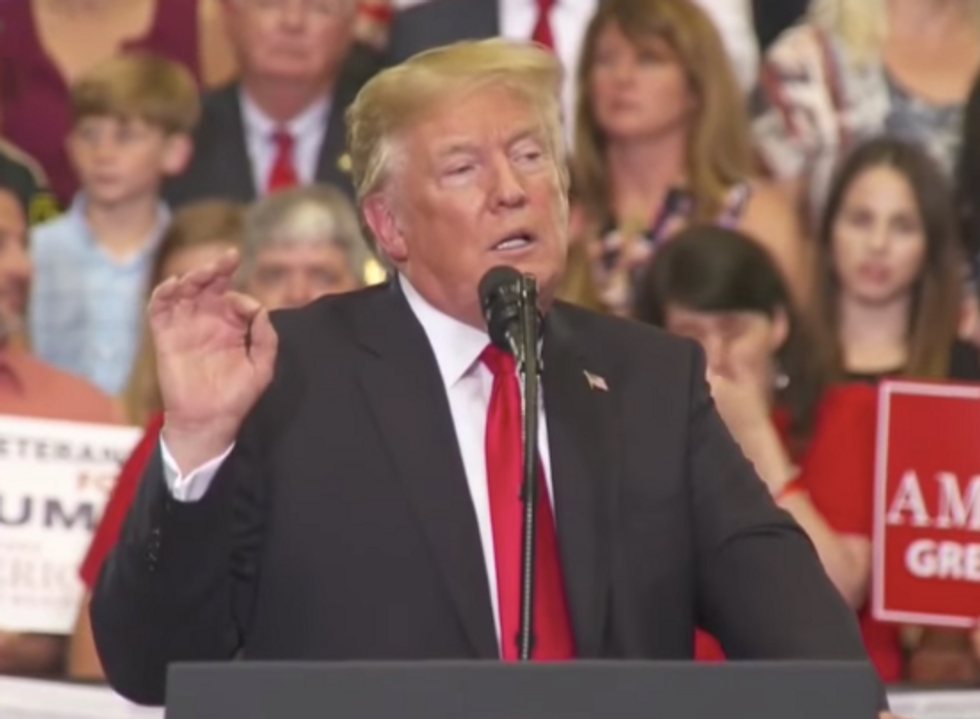 Donald Trump is a dangerous, authoritarian leader who was elected by appealing to racism and is overtly trying to undermine democracy. He is an embarrassment to the American people and the United States. Despite these facts, or perhaps because of them, Trump remains remarkably popular among Republicans and his other diehard supporters. This is a cause of constant handwringing, confusion, and consternation among many American journalists and other members of the chattering class. As former Salon editor Joan Walsh recently wrote in the Nation, this is a "distracting journalistic exception." But it does no good waiting for Trump's flock to abandon him, and the frustration only grows.

Ultimately, Donald Trump is a riddle that the fourth estate has intentionally chosen not to decipher. His enduring popularity is not that complicated -- for those who choose to see the depth of the political, cultural, and social crisis that goes back decades and spawned Trump's presidency.

Here are 15 reasons why have Donald Trump's loyalists have not abandoned him, and likely never will.

As they erred in their assumptions about Donald Trump's chances of victory in the 2016 presidential election, traditional journalists and other pundits are making many of the same errors again. As a class, journalists and other supposed political experts still cling to the belief that the American people are good, decent and "moderate" -- despite all the evidence, including Trump's victory, suggesting the opposite. There is also a misplaced faith in the enduring health and power of the country's democracy and the role of citizens in it. Political scientists Christopher Achen and Larry Bartels intervene against this worship of "folk democracy" in the concluding paragraphs of their book "Democracy for Realists":

At this moment, America is a democracy but it is not very democratic. In this book, we have tried to face without flinching the logical consequences of what democracy's most thoughtful observers have long seen, and what political scientists over the past few decades have demonstrated in meticulous detail. Democratic citizens -- all of us -- have to think differently. All too often, we bring rose-colored glasses when we look at democracy, glasses handed to us from the dead hands of Enlightenment thinkers. In consequences, we not only propose bad solutions; often enough, we cannot even see the problems. The gross inequalities of political power in contemporary America are the most obvious instance. The daunting challenge of altering a deeply entrenched and powerfully defended status quo that embodies those inequalities is often obscured by simplistic folk-theoretic faith in the responsiveness of the current system to its citizens.

Donald Trump may prove to be a political ironman with feet made of clay. Special counsel Robert Mueller holds a fire hose. If he unleashes a torrent of water, Trump may collapse. That may not be enough to stop Trump from winning re-election, contrary to most current assumptions. His supporters will be there for him in 2020, no matter what.