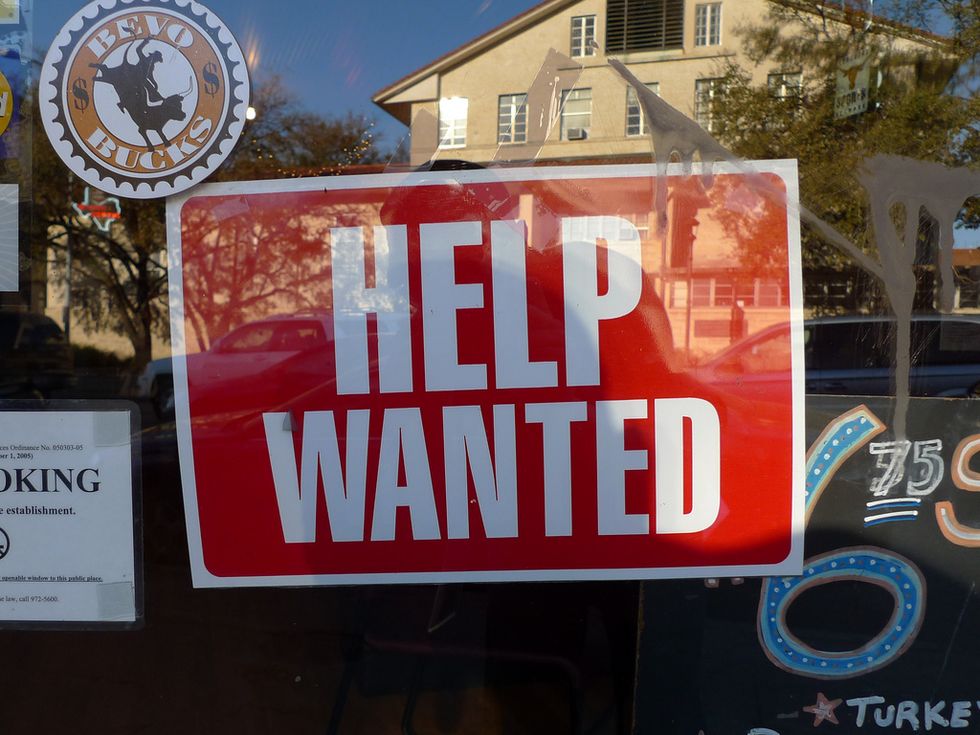 As our nation of working stiffs celebrates Labor Day with backyard cookouts, an afternoon at the beach, rounds of golf, special sales at the mall or simply kicking back in a La-Z-Boy and doing several rounds of 12-ounce elbow bends, we can all take comfort in the happy news that our economy is whizzing! Yes, corporate economists exult that our US of A is enjoying the second-longest economic expansion on record; profits are off the charts; job creation continues to surge; wages are rising; and consumers are racking up record levels of purchases. What's not to like about all that?

Two things. First, the economists' claim about wage growth is a sham, covering up the shame that top corporate executives and major shareholders are grabbing nearly all of the economic gains produced by America's entire workforce. The so-called nominal wage (i.e. the sum that workers see on their paychecks) has risen only 2.7 percent in the past year, a very mediocre result for the 82 percent of the labor force that is non-managerial worker bees.

Second, that nominal wage is not the worker's real wage, for it doesn't take into account the very real fact that consumer-price increases eat up the buying power of people's paychecks. Indeed, while nominal wages are up 2.7 percent in recent months, the price of everything from gasoline to groceries is up by 2.9 percent, effectively slapping working families with a wage cut. Sure, the economy is whizzing -- those at the top of it are whizzing on the working class.

So all the rejoicing this Labor Day is coming from the gated ZIP codes of the rich. For example, in the same year that workers took a pay cut, the CEOs of America's 350 largest corporations had an 18 percent jump in their pay, hauling in an average of $18.9 million each. In a lifetime of labor, the typical American worker would not be paid as much as those honchos took in one year. Those few are getting rich enough to air-condition hell -- and I think they'd better be pooling their money for that project.

Nine out of 10 establishment economists agree that America's job machine is going gangbusters! So why, they wonder aloud, is the State of Labor today so morose?

Well, let's start with all those jobs. Quantity is on one thing; quality is what really matters. As Jesse Jackson pointed out years ago, even slaves had jobs. While not in slavery, millions of Americans today -- from Walmart employees to school teachers -- are paid so little that each of them have to patch together two or three jobs to eke out a bare-bones living. In fact, major corporations have made poverty pay central to their profit strategy, with giants like Amazon, McDonald's and Walmart issuing such puny paychecks that their workers have to rely on food stamps and other public programs to make ends meet. That's a corporate subsidy that adds up to roughly $150 billion a year taken right out of the pockets of us taxpayers.

Miserly pay, however, is only one element in the stunning fact that more than half of American workers now say they are looking to leave their current jobs. The deeper issue is the overall lack of respect for workaday people.

After all, workers can see in their daily job experiences that the Powers That Be -- corporate chieftains, economists, political leaders and others -- consider employees as a cost to be cut, not an asset to advance. Working stiffs see the continued offshoring of their jobs and deliberate decimation of their rights and union bargaining power; they see billionaires like Donald Trump and the Koch brothers attack them as "moochers" and "losers"; they see leaders of both political parties whoring for corporate dollars, while rigging the rules to gut everything from overtime pay to health care; and they see their tax dollars pouring into the rapid development of a robot economy that will leave them and their children out in the cold.

It's not just labor that's under attack; it's the very existence of the middle class. More than a Labor Day, America needs an all-out labor rebellion.