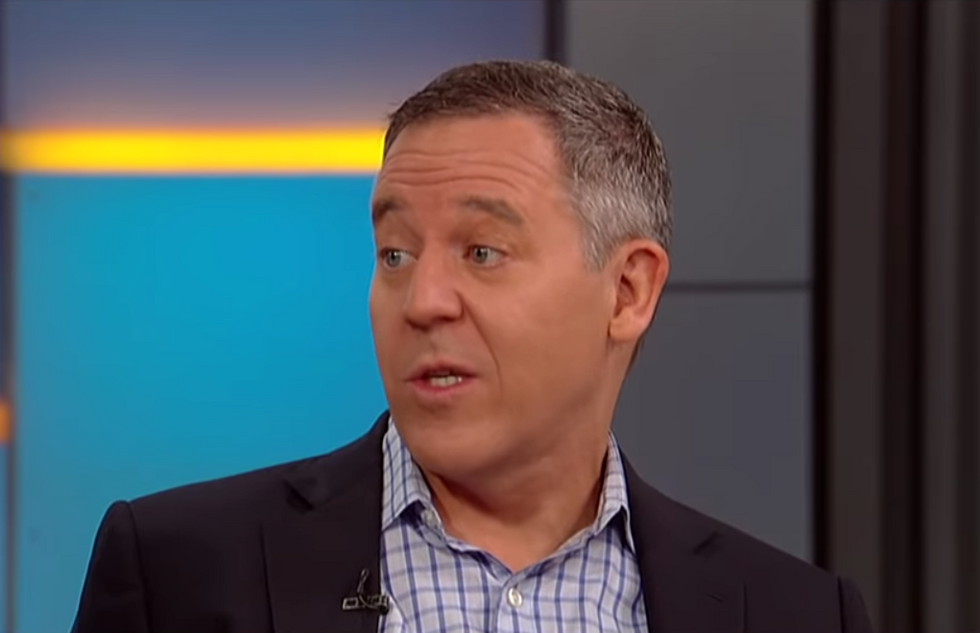 It is increasingly clear that President Donald Trump is marching to the drumbeat of Fox News. And people at the network know it.

In an interesting moment of candor, Fox News Host Greg Gutfeld laid out just what role his network has played in enabling and bolstering Trump's behavior.

"You know what it is? Trump was radicalized by something, okay?" said Gutfeld on "The Five" on Tuesday. "Because he was a Democrat for a long time, he was pro-choice, liberal in many things. He was radicalized. What was he radicalized by? Us. Fox News. When Fox News happened — he watches Fox, and the world starts to make sense to him, and then — so all he's doing, Juan, is what we do, which is, we bash the media!"

"So he's just doing — he's turned the White House into kind of, like, an alternative Fox show where he sits there and he rips the media," Gutfeld continued, roaring with laughter. "It's kind of refreshing."

Gutfeld, as a Fox commentator, may find that "refreshing," but it is in fact deeply disturbing. Fox News has long operated as an echo chamber for right-wing ideologues who want to promote themselves free from fact-checking — at least one study has found Fox News viewers are less informed on politics than people who don't watch any news at all.

Trump, moreover, has gotten numerous toxic falsehoods from Fox, from the idea that South African farm attacks are a conspiracy to expropriate land from white people, to the idea that Google is censoring conservative search results. He has endorsed Republican candidates after seeing them promoted on Fox News, including Virginia gubernatorial nominee Ed Gillespie. He may even be using Fox News segments to steer policy, such as when he tried to ban transgender troops shortly after Tucker Carlson called gender reassignment surgery "child abuse."

None of this is healthy for democracy or discourse. But it seems to be one of the few ways Trump knows how to govern.