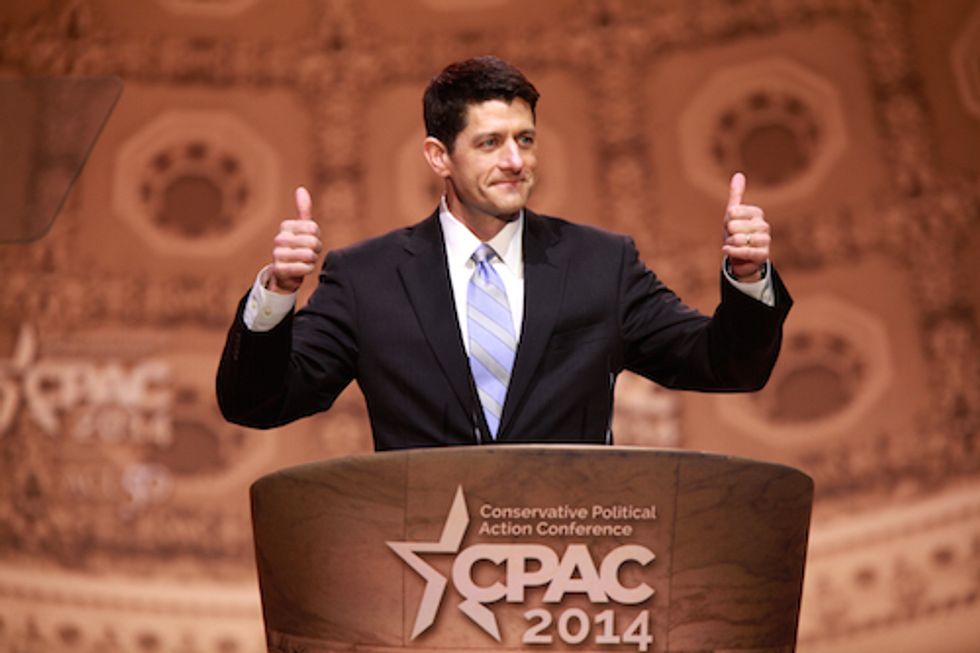 Critics of the Republicans’ Tax Cuts and Jobs Act of 2017, including economist Robert Reich, have argued that it mainly benefits the richest Americans rather than the U.S.’ embattled middle class. And a new report from the Tax Foundation offers little comfort to those who view the law as mainly a gift to the 1 percent.

According to the Tax Foundation (a right-of-center think tank), the Tax Cuts and Jobs Act will take years to benefit workers—and even then, the benefits won’t be very generous. The Tax Foundation calculates that a U.S. household bringing in $83,143 per year will, in the long run, see an income gain of $1,247 per year. In other words, they can look forward to a 1.5 percent increase over time. But when the Trump administration was promoting the Tax Cuts and Jobs Act last year, they claimed that the increase for such a household would be more like $4000 to $9000 per year.

Nicole Kaeding, director of federal projects for the Tax Foundation, said, “We definitely think it’s going to take a few years for this to obviously manifest. The short-term data is quite noisy.”

GOP supporters of the Tax Cuts and Jobs Act have used the trickle-down economics theory to promote the law, arguing that when the ultra-rich and large corporations prosper, they generously share the gains with workers. Trickle-down economics was at the heart of President Ronald Reagan’s corporate tax cuts in the 1980s.

But as Reich has pointed out, trickle-down economics is a bogus theory because huge tax cuts for the rich never trickle down to workers in the way Republicans claim they will. And while the Tax Foundation is, in essence, urging U.S. workers to please be patient and not expect too much too quickly, the ultra-rich saw a benefit from the Tax Cuts and Jobs act right away. In February 2018, Reich noted on his website, RobertReich.org, that since the Tax Cuts and Jobs Act had become law in late 2017, stock buybacks had surged to $88.6 billion.

Buybacks occur when corporations purchase shares of their own stock, which artificially inflates share prices. Reich explained, “CEOs love buybacks because most CEO pay is now in shares of stock and stock options rather than cash. So when share prices go up, executives reap a bonanza.”

Average U.S. workers, however, are not reaping a huge bonanza from the Tax Cuts and Jobs Act—although proponents of trickle-down economics will no doubt continue to assure them that they will over time if they could please be patient.

'We went crazy': How Fox News' audience finally pushed it to the journalistic abyss