'Don't Be a Coward!': GOP Candidate Runs and Hides when Pressed on Allegations Against Jim Jordan 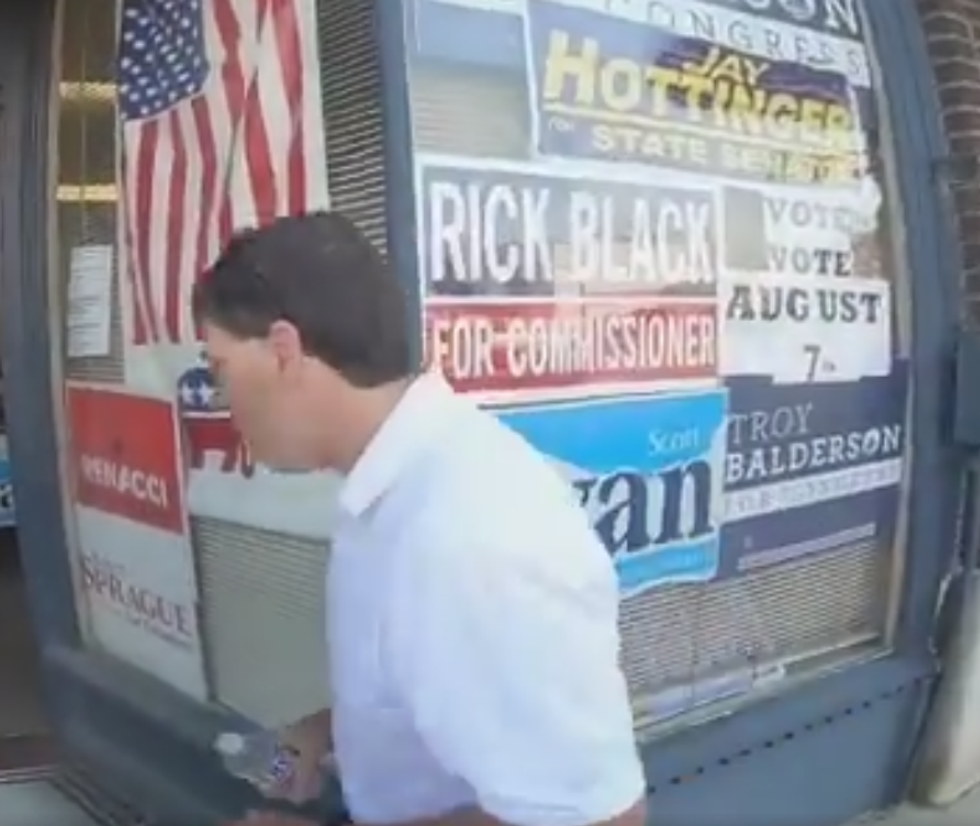 The special election for Ohio's 12th Congressional District takes place Tuesday. And Republicans are increasingly terrified about the prospect of losing yet another reliably conservative seat in a race that is now a tossup.

GOP candidate Troy Balderson, however, also appears to be terrified of tipping his hand about what he would actually do in Congress — starting with whether or not he would back a man mired in a sex abuse scandal for speaker of the House.

In a new video posted by American Bridge, when confronted about Jim Jordan's run for the speakership, Balderson simply ran away.

"Can I help you?" asked a woman, getting in the man's face as Balderson retreated to the corner.

"Troy can, he's running for Congress, and he won't answer questions about Jim Jordan," the man persisted. "I just have that one question about Jim Jordan ... I think the answer is because you're committing to make a sexual abuse enabler speaker of the House."

"Troy, why are you hiding from this, man?" he said, as the woman attempted to block the camera. "Don't be a coward, be a man. You're running for one of the most powerful positions, political positions in the United States. And you are cowarding out back there."

Watch Ohio GOP candidate Troy Balderson run away from questions regarding his support of Jim Jordan. He runs into a… https://t.co/eC6IbucLbE
— Scott Dworkin (@Scott Dworkin)1533579154.0

Rep. Jim Jordan, a powerful member of the far-right House Freedom Caucus, has been facing a series of allegations, backed by a lawsuit, related to his time as an assistant wrestling coach at Ohio State University. Several former students contend Jordan was aware of sexual abuse by a team doctor, Richard Strauss, and did nothing — including one student who alleges Jordan "snickered" when told Strauss had molested him.

Jordan adamantly denies the allegations and has sought to assassinate the character of students who have come forward. Thus far, Republican leaders in the House are broadly defending Jordan, and his candidacy for speaker is being treated seriously by dozens of House members.

Balderson, who faces an immediate referendum at the ballot box and who slightly trails Democratic candidate Danny O'Connor in a new poll, appears unwilling to clarify where he stands on the matter. So much so that he would rather physically flee than answer.