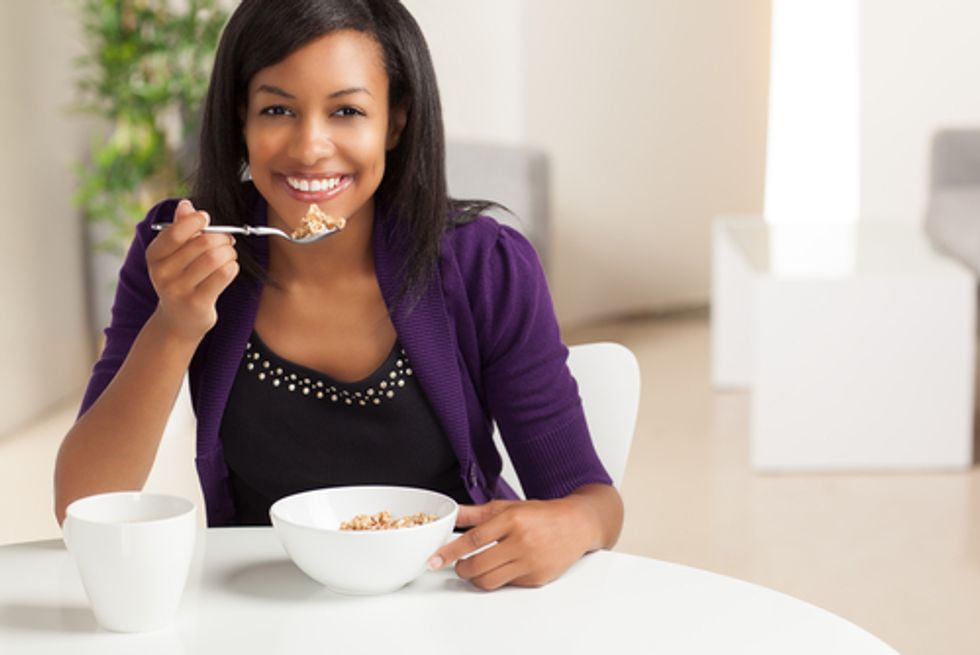 A study of dozens of popular oat-based breakfast foods delivered sobering news this week when almost all of the products examined by the Environmental Working Group (EWG) were found to contain the chemical glyphosate.

"We're very concerned that consumers are eating more glyphosate than they know," said Scott Faber, vice president of government affairs at EWG, in a statement.

Glyphosate is classified as a probable carcinogen by the World Health Organization and was listed last year as a chemical known to cause cancer by California.

Out of 45 products "made with conventionally grown oats," all but two were found to contain glyphosate. EWG also tested two organic brands, detecting the chemical in five samples.

Thirty-one of the breakfast foods were found to contain levels of glyphosate that were higher than the level that EWG deems safe for children.

Monsanto, the maker of Roundup, claims that glyphosate and Roundup are not unsafe for humans—but a jury in California vehemently disagreed with them last week, ruling in favor of a man who blamed Roundup for causing his cancer.

The company was ordered to pay $289 million in damages to Dewayne Johnson, who worked for years as a school groundskeeper in California.

Thousands of farm workers and others who have come into contact with Roundup are reportedly also preparing to take legal action against the company after developing cancer.

In light of the lawsuit and the World Health Organization's 2015 conclusion that the chemical is a "probable carcinogen," said EWG on Wednesday, "It is very troubling that cereals children like to eat contain glyphosate."

"Parents shouldn't worry about whether feeding their children healthy oat foods will also expose them to a chemical linked to cancer. The government must take steps to protect our most vulnerable populations," said Alexis Temkin, Ph.D, a toxicologist at the organization.

However, EWG cautioned consumers against waiting for President Donald Trump's Environmental Protection Agency (EPA) to take any action in light of the startling study. In December the agency issued a "deeply flawed" analysis, one which relied heavily on industry studies, which claimedthat glyphosate is not harmful for humans.

"We will petition the Environmental Protection Agency to do its job and end uses of glyphosate that resulted in the contamination we report today," EWG president Ken Cook said. "But we very much doubt our petition will be acted upon by President Trump's lawless EPA. So we're calling on the companies to make these iconic products with clean ingredients."