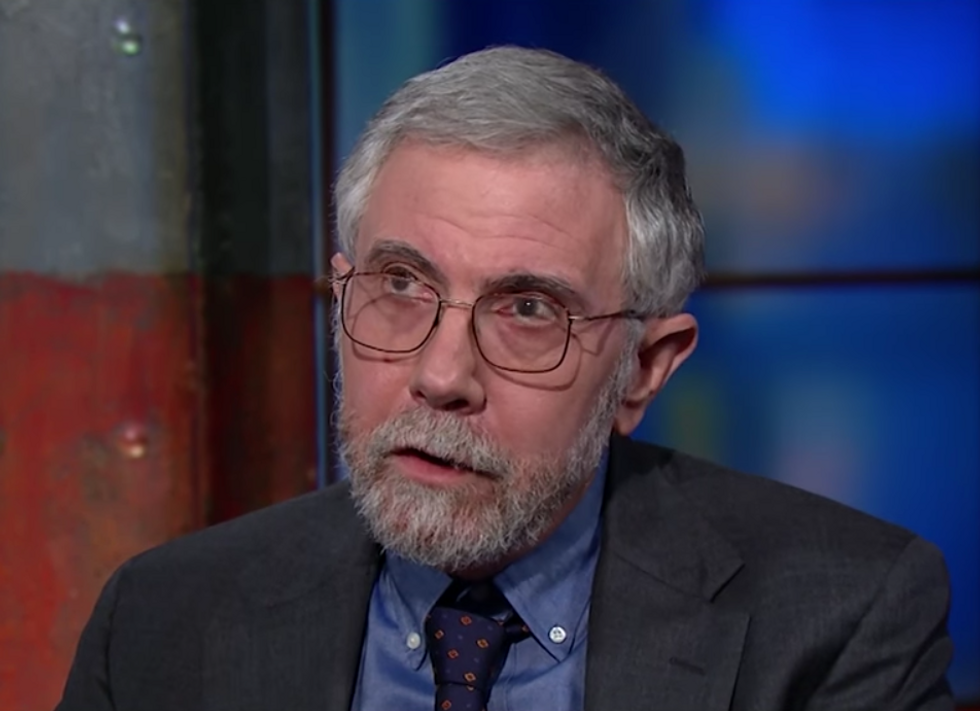 Despite big promises, wage growth under President Donald Trump's administration has been deeply disappointing. And on Thursday, Trump took a major step to reinforce that trend for the workers he has the most direct control over: employees of the federal government.

People working for the government will not receive their usual cost-of-living raise of 2.1 percent, the White House announced. To support this move, Trump preposterously cited the government's budget deficits, a consideration that didn't seem to affect the party's decision to enact a massively expensive corporate tax cut at the end of last year.

Nor did the budget deficit discourage Trump from suggesting, on the same day as he announced the federal pay freeze, he might unilaterally enact a massive tax cut for wealthy investors through an obscure tweak in the tax code.

Paul Krugman noted in a New York Times op-ed Friday that animosity toward federal workers has long been a part of Republican Party ideology, so in one sense the move is not a surprise — they have always advocated "Giving government workers the shaft."

"After all, the jihad against government workers probably reached its high point in 2010-2011, along with the Tea Party movement. Denunciations of big government were all the rage, bolstered in part by false claims that Barack Obama had presided over an explosion in federal employment," Krugman explained.

At the same time, it appears to be a politically risky step to take.

Announcing that these workers won't get a raise — just months before a midterm election — hardly seems wise.

But, Krugman argued, in addition to buying into most of Republican Party orthodoxy, Trump has also adopted a unique sense of aggrievement toward federal workers.

"Trump is feeling under siege from the 'deep state,' which to him means any part of the government that answers to rule of law as opposed to being personally loyal to him," he wrote. "His wage chiseling may in part represent a way of lashing out at everyone in government: these days they all look like Robert Mueller to him."

Krugman also notes that the president has always "chiseled and cheated" his own contractors and workers — why should he behave any differently in the White House?