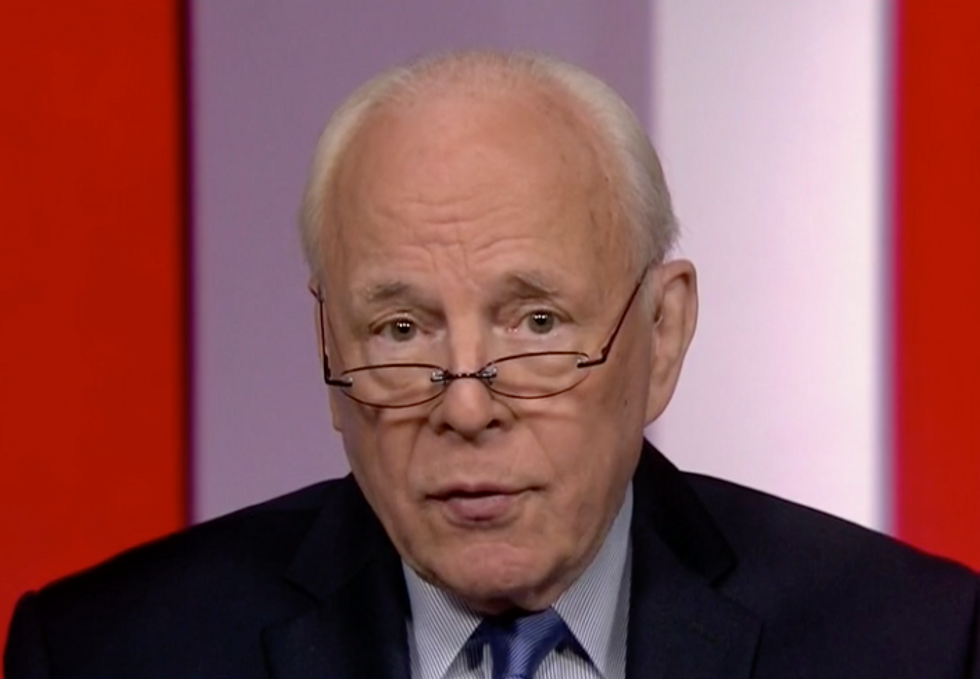 In an interview on CNN, former White House Counsel John Dean, who famously testified against President Richard Nixon, said Monday that he has been consulting with Michael Cohen's attorney Lanny Davis about how the Watergate scandal unfolded.

"You confirmed that you have been talking to Michael Cohen's attorney Lanny Davis," said host Jake Tapper during the interview. "CNN learned Cohen could face bank fraud charges soon. Do you get the sense that Cohen could be close to telling his truth to prosecutors and making a deal, causing some trouble for President Trump?"

"Well, I have never talked to Cohen himself, only Lanny Davis, who I have known for years," said Dean. "And he has just been probing me on how Watergate unfolded — looking for factual information, not for legal advice or anything of that nature. Rather, just to understand that history and the parallels that exist with my situation and potentially exist with his client."

"He should pick up a copy of your book Blind Ambition," Tapper quipped.