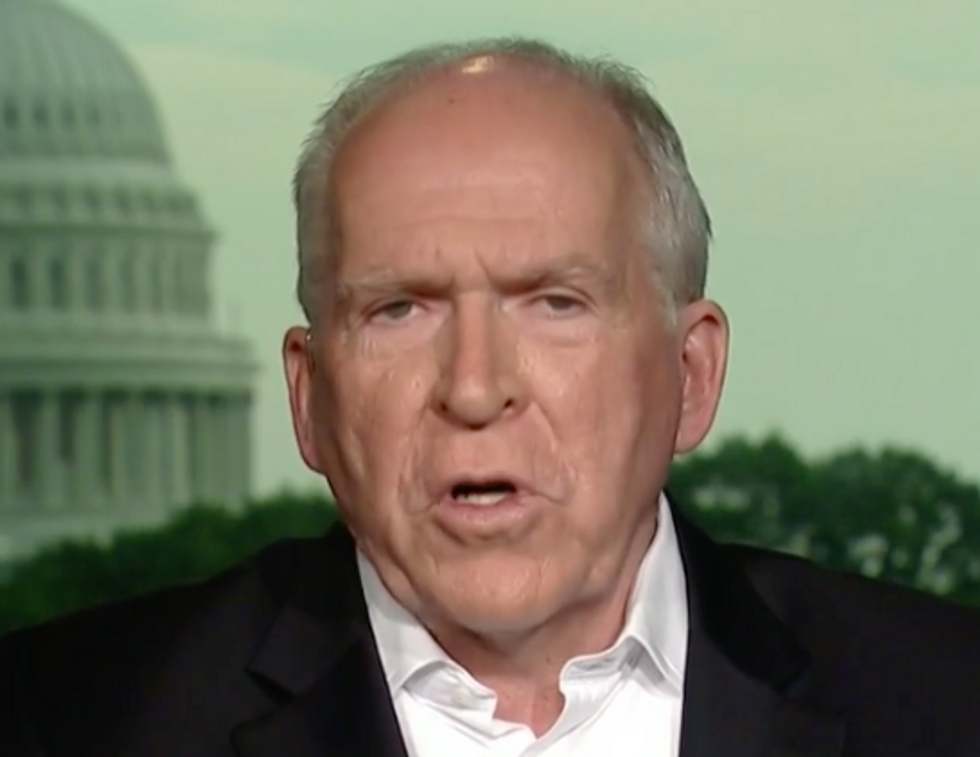 Former CIA Director John Brennan said Tuesday that President Donald Trump's son, Donald Trump Jr., should have known better than to take the infamous Trump Tower meeting with Russian emissaries promising dirt on Hillary Clinton — and that doing so put him in the realm of being a "witting" accomplice to their efforts.

He made the comments on MSNBC's "Deadline: White House" with host Nicolle Wallace.

She also described his dubious behavior in response to the offer of help from Russians.

"He responded 'I love it,'" she said. "His father now says he absolutely walked into a meeting with the Russians, people that we now know to have ties to the Kremlin, and sat there willingly, wanting to have received dirt on Hillary Clinton."

"I think I would put him in the 'witting' category in terms of going into that meeting, with an anticipation and an expectation that he was going to get dirt from those individuals that were associated with Russia," Brennan replied. "Whether he was witting of just how bad that action was, I don't know. But if he had that position within the Trump campaign, he certainly should have been aware — and those who were working with him should have been aware — that going into that meeting, just by definition, would have been problematic."

He continued: "So, I think it was a bit of naivete, a bit [of being] overly self-confident. But also believing that he could get away with it and not be held to account one day, and I think he was certainly wrong on that score."