The ‘Ethics’ of the Catholic Bishops? Freud Had a Name for That 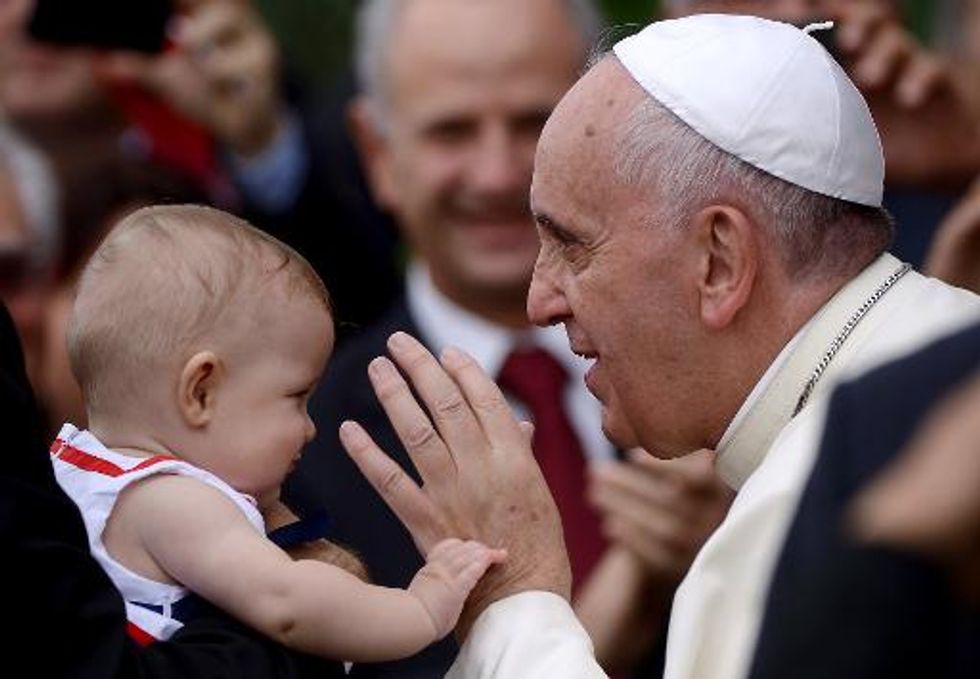 As Pennsylvania investigators worked to confirm up to 1000 cases of sexual abusecommitted by Catholic priests, a panel of Catholic ethicist-theologians appointed by the bishops was also hard at work.

Like the Pennsylvania team, the panel serving the bishops sought to ensure that Church-affiliated institutions weren’t ignoring sexual evils. Good on them! you might think. They’re finally taking responsibility for the mess created by their obsession with priestly abstinence.

The goal of the panel wasn’t to investigate, punish, heal or prevent child sex abuse. It was to ensure that Catholic-controlled healthcare systems don’t look the other way while doctors and other care providers offer contraception, vasectomies, tubal ligations, or abortions (or sexual transition care or death with dignity).

The panel concluded that the bishops must prevent these evils in any institution where they have a say, including secular hospitals that have been acquired by or affiliated with Catholic healthcare corporations. In the past, mergers between Catholic-owned and secular hospitals have sometimes carved out separate legal entities to allow continued provision of reproductive and end-of-life services that are prohibited by the religious directivesgoverning Catholic healthcare “ministries.”

“The revised directives’ bottom line is that in any type of collaboration, everything the Catholic organization controls by acquisition, governance or management “must be operated in full accord with the moral teaching of the Catholic Church.” Additional language bars the establishment of an independent entity to “oversee, manage, or perform immoral procedures.”—Harris Meyer, Modern Healthcare

(As an aside, it should be noted that Catholic charities and hospitals mostly serve non-Catholic people. Further, they obtain less than five percent of their revenues from Catholic offering plates, the bulk coming from taxes and private insurance.  It should also be noted that they provide less free care for poor people on average (2.8 percent in 2011) than do public hospitals (5.6 percent). Church control is largely an artifact of history and accumulated wealth.)

At this point in history, the irony of the bishops posturing as ethical authorities in matters of sexuality is lost on no-one but the bishops themselves. A New York Times article on care refusals in Catholic hospitals provoked over 400 comments expressing outrage from Catholics and non-Catholics alike.  Have they no shame?

The Church has long sought to control sexuality and procreation, of course. Competitive breeding, sanctified by theologies that glorify childbearing, has been part of the Church’s expansion strategy since the origins of Christianity.  “Women will be saved through childbearing,” promised Christianity’s most noted early misogynist, the Apostle Paul.

By the Middle Ages, the Virgin, Madonna, Whore trichotomy—a woman must be one of the three—was well ensconced, shored up by stories of virgin martyrs and saints.  As for sexuality itself, what better marketing strategy for an institution selling absolution of guilt than to persuade people that most sexual desires and pleasures are sinful?

The Church’s antagonism to contraception (it allows sex for pleasure) and abortion (it enables women to refuse childbearing) and trans care (it garbles the carefully-delineated theology of gender binary) all can be seen as extensions of two age-old institutional objectives: more members and more guilt. Problem is, the second of those—the guilt—worked a bit too well, so well that it backfired, creating a culture of secretive, abusive sexuality.

Why Such Warped Priorities?

You might think that excising this festering socially-transmitted infection, making amends to victims, and transitioning to a married priesthood that recognizes the range of healthy human sexualities might be a full-time focus for the Catholic hierarchy right now. So, why have the bishops decided that now is the time to instead double down on judging such contrived sexual sins as using or inserting an IUD, or terminating an ill-conceived pregnancy, or getting the snip, or removing an unwanted uterus? Sigmund Freud would have had an answer for that. He might have called it reaction formation.

Freud would have said that the Catholic hierarchy’s shame and guilt and outright horror at their inability to suppress their own sexuality has lead them to try even harder at controlling the sexual and reproductive lives of others.

Most people are familiar with Freud’s concept of defense mechanisms, including, for example, denial (I do not have a problem), repression (I can’t remember), and projection (the problem isn’t me, it’s you). Reaction formation is part of the same list, but often less understood.  Here are some excerpts from the Wikipedia definition:

Reaction formation (German: Reaktionsbildung) is a defense mechanism in which emotions and impulses which are anxiety-producing or perceived to be unacceptable are mastered by exaggeration of the directly opposing tendency. . . . Where reaction-formation takes place, it is usually assumed that the original, rejected impulse does not vanish, but persists, unconscious, in its original infantile form.[ . . . .  In a diagnostic setting, the existence of a reaction-formation rather than a ‘simple’ emotion would be suspected where exaggeration, compulsiveness and inflexibility were observed.

The concept of reaction formation offers one hypothesis about why the Catholic hierarchy is willing to go to such extremes to suppress and control the sexuality of people who aren’t part of that hierarchy, whether through refusing medical services or through propagating harmful myths and stereotypes about sex that affect many of us.

Freud had a lot of ideas about child development and the human subconscious that have turned out to be wrong. (Even a science as squishy as psychology is self-correcting over the course of a hundred years.)  But what’s interesting about this particular situation – the problem of the bishops and their sexual obsessions—is that Freud developed his hypotheses about human nature in precisely the kind of situation that Catholic dogmas have created: a culture that is highly repressive of sexuality, one that layers on rituals and rules in an intricate system of proprieties aimed at distancing us from our animal nature.  In Freud’s case this system was the European culture of the Victorian era. But the parallels make his analysis particularly relevant when it comes to making sense of the inside-out, upside-down “ethical” priorities of the Catholic bishops.

Part of being psychologically healthy is learning to recognize when other people are putting their stuff on you, and learning to say no–kindly when possible, but firmly. The Catholic bishops need to be told that their sexual hang-ups are not ours and that they cannot force their harmful theologies on the rest of us, especially not on the public dime, and especially not in healthcare systems that disguise their religious affiliations and where we may be sent unknowingly.

When we are sick or injured and seeking care, we are vulnerable, especially at the beginnings and endings of life.  We must be free to make important and even sacred decisions according to the dictates of our own conscience with support from people we know and trust.  It’s time to ask the bishops to leave our bedrooms and hospital rooms.