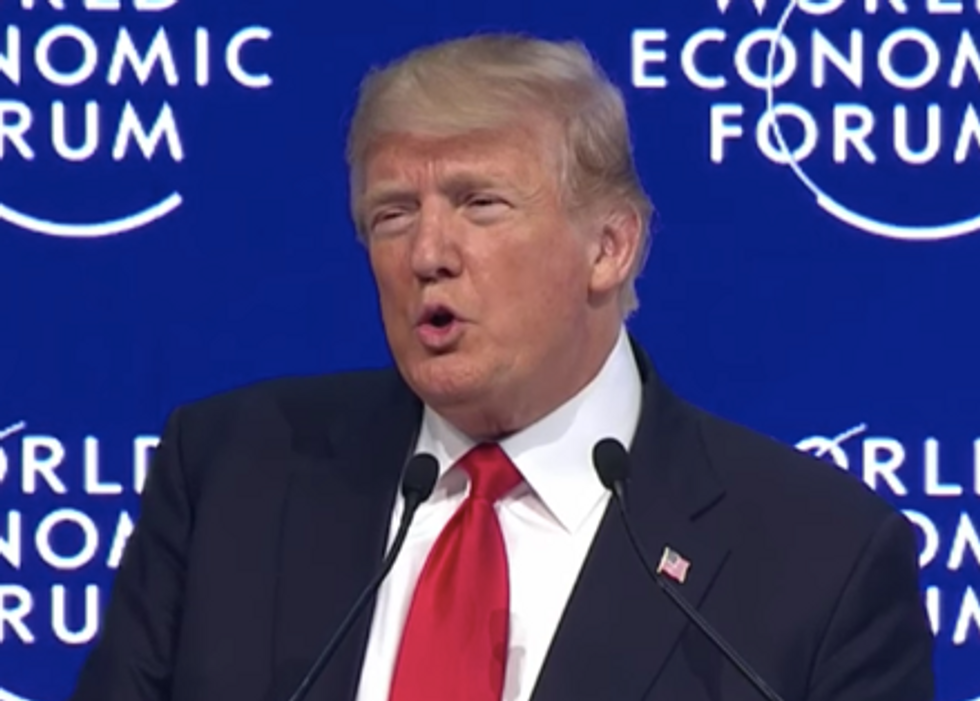 Progressive economist Dean Baker explains that the hype around President Donald Trump's GDP numbers is seriously overblown and demonstrate underperformance for the working class based on promises from the president and Republicans.

“Trump’s tax cuts did provide some boost to growth as the rich people who got the money spent much of it,” Baker writes. “The left-of-center economists who opposed the tax cuts didn’t doubt that rich people could spend money, we argued that there were better things to do with $1.5 trillion than to give still more money to the richest people in the country."

Baker explains that the economic growth isn't making any meaningful long-term impact in the lives of struggling workers.

“They argued that the tax cut would lead to higher pay for the country’s workers," he writes." We clearly are not seeing any acceleration in pay growth to date, with the rate of wage growth just keeping pace with inflation. But the story of the tax cut was not supposed to be one of short-term pay rises.”

Baker says that evidence isn't on the side of Republicans, writing, "[W]e see very little reason to believe that workers will see the sort of wage dividend promised by proponents of the tax cut."

"It still looks like the vast majority of the tax cut will go into the pockets of the very rich," Baker concludes. "And, in Donald Trump’s US, that is hardly amazing.”