'Drunk on Power': Former CIA Director John Brennan Comes Out Swinging Against Trump and the Republicans in Rachel Maddow Interview 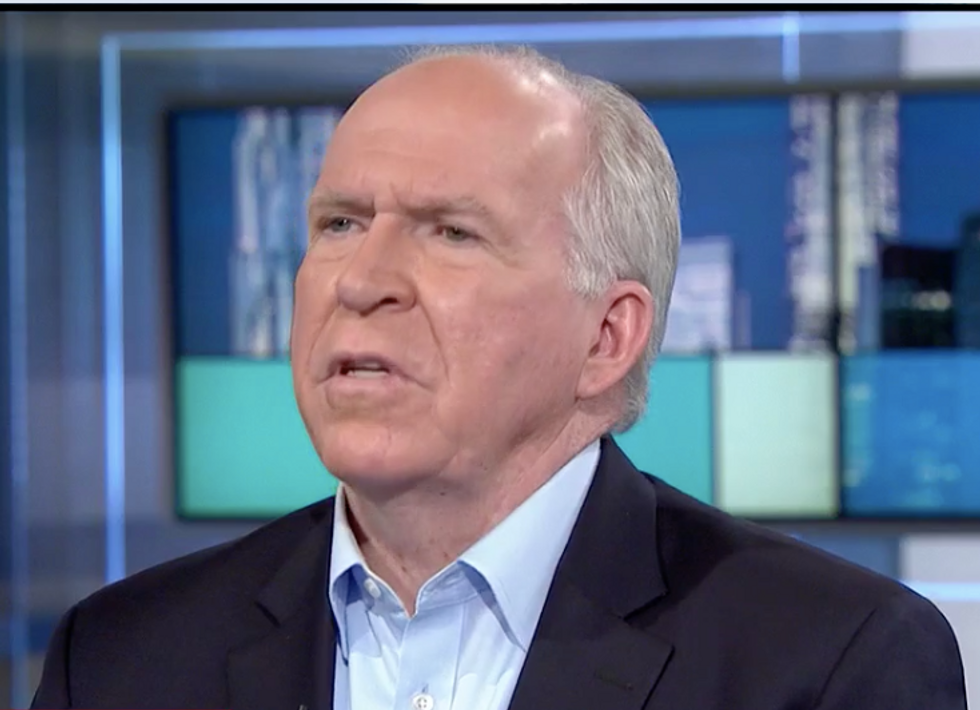 Former CIA Director John Brennan appeared on MSNBC's "The Rachel Maddow Show" Friday night and fired back at President Donald Trump after a week of abuse from the White House.

The White House announced this week that it is revoking Brennan's security clearance, an unprecedented move that many believed was a transparent effort by the president to punish a critic. Brennan, along with many others, was appalled at the decision.

"The fact that he's using the security clearance of a former CIA director as a pawn in his public relations strategy, I think, is just so reflective of somebody who, quite frankly — I don't want to use this term maybe — but he's drunk on power," Brennan said. "He really is."

He continued: "I think he's abusing the powers of that office. I think right now this country is in a crisis in terms of what Mr. Trump has done and is liable to do. Are the Republicans on the Hill who have given him a pass, are they going to wait for a disaster to happen before they actually find their backbones and spines to speak up against somebody who clearly, clearly is not carrying out his responsibilities with any sense of purpose and common sense from a standpoint of national security?"

When Maddow asked what Brennan feared Trump could do in his desperation, he suggested that the president might launch an overseas military adventure to distract the nation — a classic "wag the dog" scenario.

Former CIA Director John Brennan warns Trump may use a “wag the dog” strategy to distract from his legal troubles https://t.co/9BdnD83Gqf
— AlterNet (@AlterNet)1534561948.0