'Donald Trump's Fingerprints Are All Over the Crime Scene': Michael Avenatti Says He Will 'March Forward' in Case Against the President 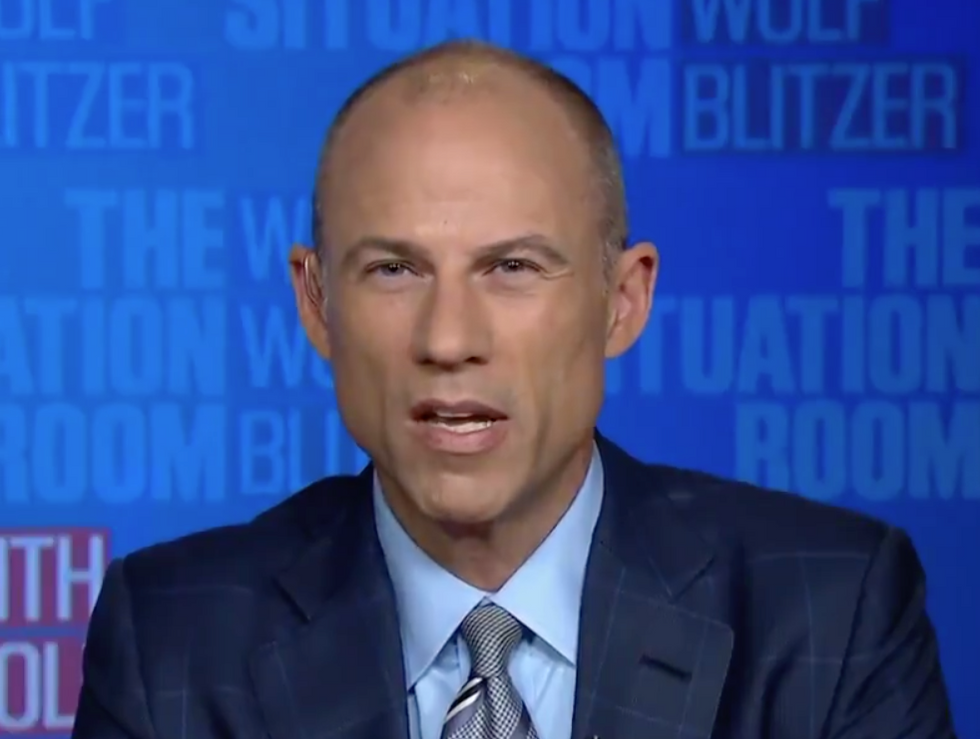 Michael Avenatti was positively gleeful when it was revealed early Tuesday afternoon that Michael Cohen, President Donald Trump's former attorney, would be pleading guilty to federal charges. But after Cohen revealed in court that he was pleading guilty to campaign finance violations that he carried out under direct orders from Trump, Avenatti was triumphant.

"We feel incredibly vindicated, Wolf," Avenatti said, speaking of his client Stephanie Clifford (better known as Stormy Daniels) and her case against the president. "We've been proven to be right, which is always a good thing. But more importantly, Wolf, we've got a lot of work to do. We're going to get to the bottom of what this president knew and when he knew it and what he did about it — and the details of this cover-up."

Clifford has brought a case against Cohen and Trump to release her from a hush money agreement she signed which bars her from speaking about an affair she alleges she had with the president. In court Tuesday, Cohen admitted to a campaign finance violation tied to that payment, as well as another payment related to an alleged affair between Trump and model Karen McDougal. Cohen said he acted in concert with and at the direction of Trump.

"We're going to march forward with our efforts to place the president under oath and get a deposition where I'm going to be able to ask him questions. And he's going to be forced to answer questions under oath about his own conduct. We're also going to get a chance to depose Michael Cohen and get to the details of this," Avenatti said.

He continued: "Donald Trump's fingerprints are all over the crime scene in connection with this, Wolf. We're going to prove it; it's clear as day. And I'm going to say this again: The president is in trouble."