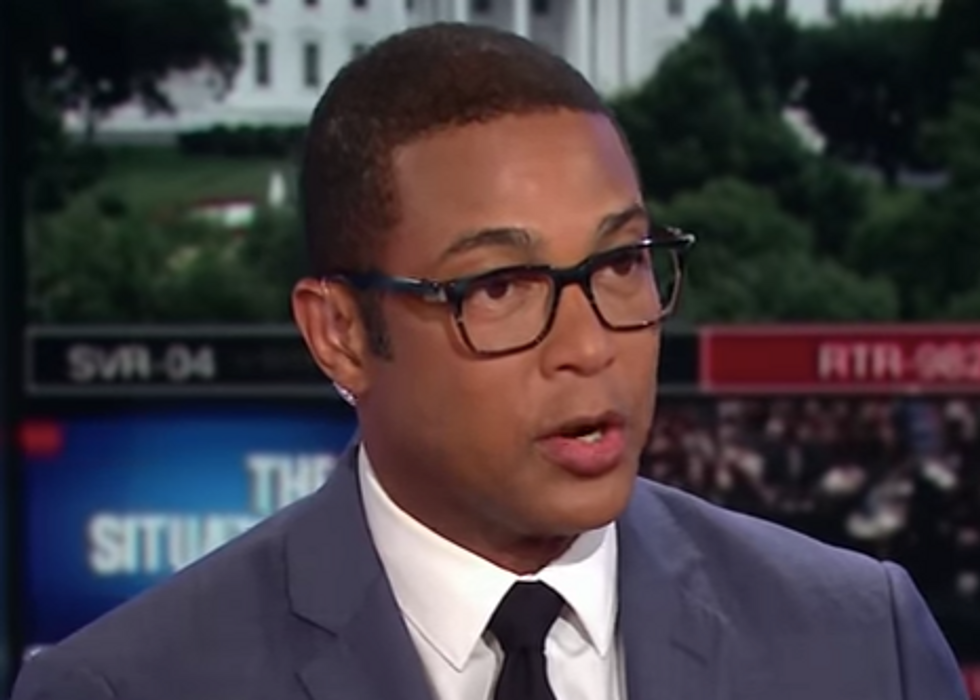 CNN anchor Don Lemon has been a frequent target of Donald Trump's puffy wrath of late. Discussing the attacks on-air with his other CNN anchors, Lemon revealed that Trump's antipathy toward him has been both long-lasting and pointedly race-based; after a 2011 interview in which Trump was asked to defend his crackpot claims that President Barack Obama was not actually an American citizen, Trump fumed at him for the pointed questions.

“He vowed that he would never do an interview with me because he said I was racist, because I challenged him on an in-factual statement, a lie.”

“That I was racist because of the way that I challenged him,” Lemon confirmed. “Much in the way that he thought that I can’t be unbiased about an issue concerning race, like Judge Curiel, because I’m African-American. So he accused me of being racist.”

If anything, this should perhaps be a reminder that Donald Trump was already a pudding-headed piece of crap all the way back in 2011, which we already knew from the moment he proclaimed himself god-king of the "birther" movement, a theory peddled by especially dimwitted racists that the nation's first non-white president was not actually an American citizen at all, but a Kenyan national spirited into the country in a plan (facilitated by fake Hawaiian birth records) to eventually someday become a secret Muslim Kenyan president.

And he's been calling black Americans "racist" for standing up to him for at least that long as well.

Don't everyone act surprised at once, now.