'They Can Target Anyone!': Alan Dershowitz Loses It on Fox News and Attacks Prosecutors For Doing Their Jobs 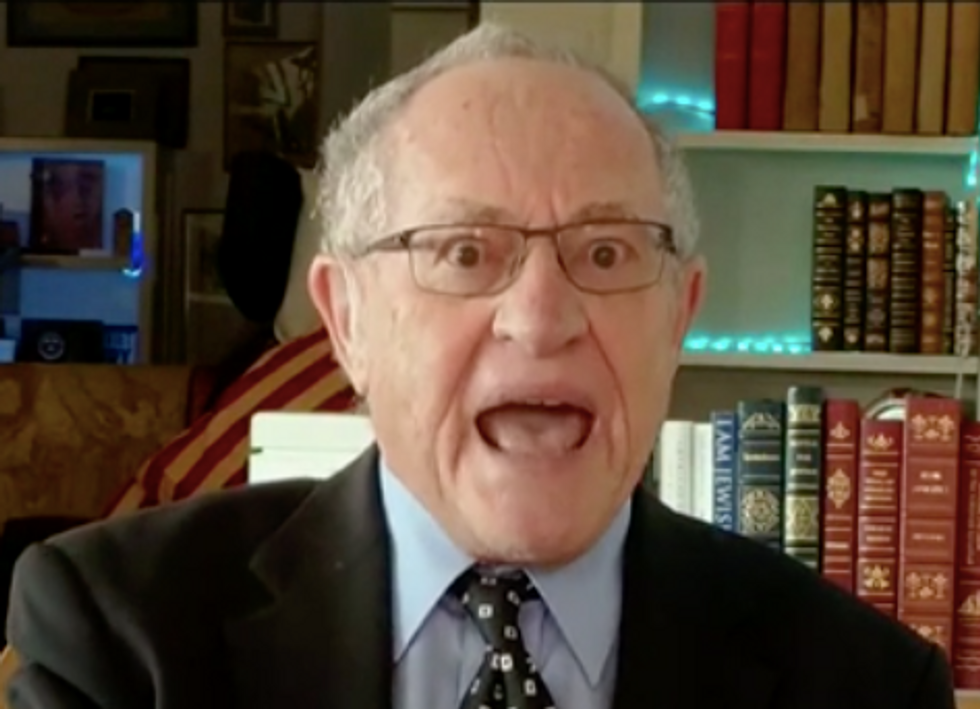 Defense attorney and former Harvard Law professor Alan Dershowitz is known for his increasingly fervent claims that President Donald Trump should not be subject to investigation over his campaign's potential ties to Russia.

On Monday, Dershowitz took it a step further on Fox & Friends by arguing — to the broad agreement of the hosts — that it is an abuse of power for federal prosecutors to be investigating Trump's business associates, either.

Left out of Dershowitz's argument: any example of federal prosecutors going after a Trump associate who has not broken the law. Former Trump campaign manager Paul Manafort was convicted on multiple counts of bank fraud and tax evasion, while Trump's ex-attorney Michael Cohen has pleaded guilty to several financial and campaign finance crimes that also potentially implicate Trump himself.

Indeed, when Dershowitz has tried to criticize specific points of the federal actions against Trump's associates, he has failed miserably — including when he attacked a federal judge for revoking Manafort's bail, despite the fact that Manafort had allegedly violated its terms amid new charges of witness tampering.

And Dershowitz's assertion that if Trump can be targeted, anyone can be targeted, is not an idea that would strike a reasonable person as alarming or novel. In fact, it is the foundational principle of the rule of law: that the law applies equally to all members of society, including the people who make and enforce them.

Dershowitz's implication that we should just be ignoring serious federal crimes for the sake of not investigating anything tainted by politics is, on its face, a much more dangerous idea.