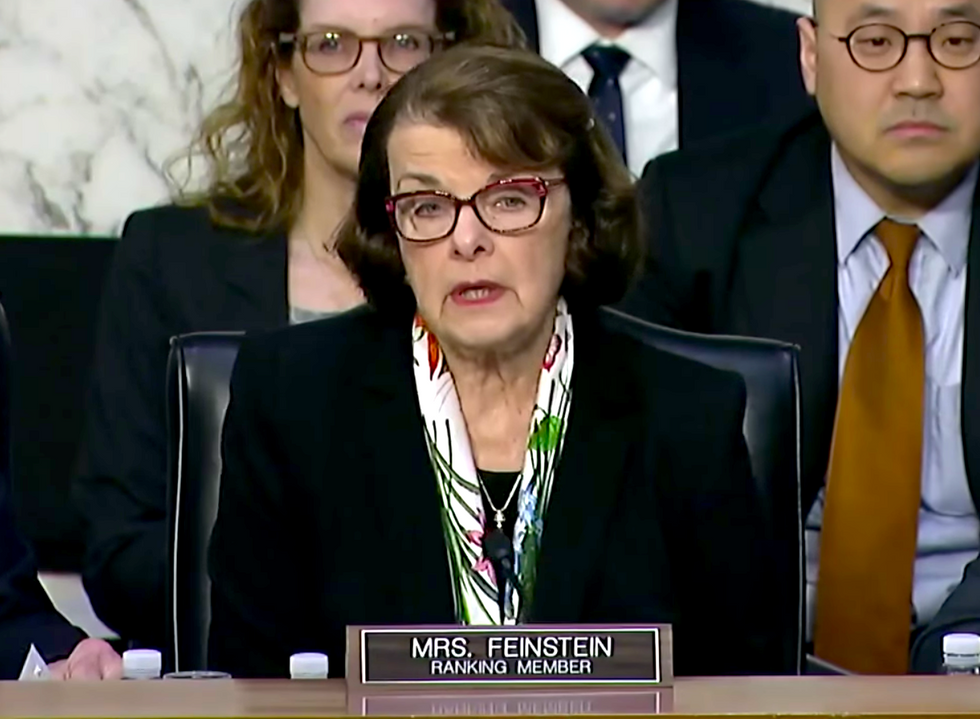 With President Donald Trump on the ropes after his former lawyer Michael Cohen implicated him in campaign finance violations, Democrats on the Senate Judiciary Committee are grabbing the opportunity to demand a halt to the nomination process of Judge Brett Kavanaugh to the Supreme Court.

"This nominee is being considered for a lifetime appointment to the highest court in the country," all 10 Democrats wrote in a letter to the committee's chairman, Sen. Chuck Grassley (R-IA). "If confirmed, he will have the opportunity to rule on issues of critical importance to all Americans for the next several decades. He may also be called upon to decide whether this President should face investigation or possible indictment for criminal wrongdoing."

This prospect is particularly disturbing, they argue, because of all the revelations we have seen about the people Trump has picked to work for him.

"Over a dozen of the President’s Cabinet members and senior aides have resigned. been fired, or withdrawn as a result of corruption, scandal, and allegations of criminal misconduct. Then on Tuesday, the President’s former campaign manager was convicted on eight criminal charges, for which he now faces up to eighty years in prison," the letter said.

They added: "The lack of due diligence that candidate and President Trump has displayed in selecting advisors and judicial nominees should give every Senator pause."

Democrats have been criticized for failing to rally opposition to Kavanaugh, who would be Trump's second appointment to the court and would represent a significant conservative swing in the balance fo power by replacing the Justice Anthony Kennedy. However, given Republican control of Congress, their ability to block the nomination or even the hearings is severely limited.

The White House has stated that Trump has not done anything wrong and that he was not indicted along with Cohen. However, several of the president's previous denials with regard to Cohen's crimes have already proven false.