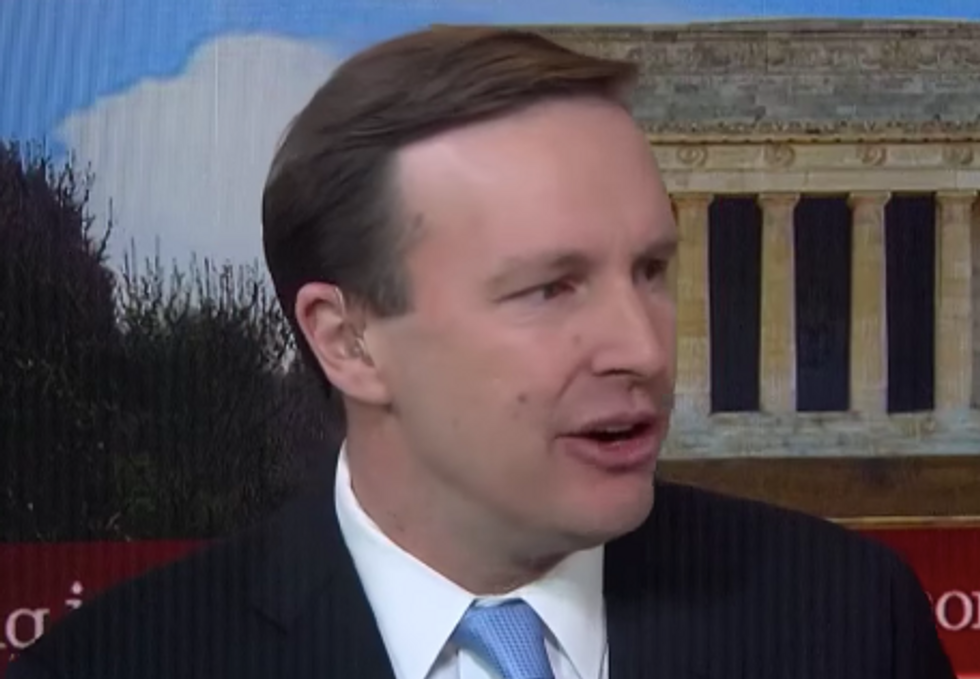 “More kids will be killed in schools if this policy is put in place—plain and simple. That’s why Congress must block its implementation,” Murphy said in a statement, just hours after a New York Times article revealed DeVos' scheme. "My lord - we can’t let this happen," he added on Twitter.

“The Secretary of Education cares more about the firearms industry’s bottom line than the safety of our kids, and that should scare parents to death. I have two elementary school age boys, and so I’m going to do everything in my power to make sure that Secretary [Betsy] DeVos’s plan to arm our schools is stopped in its tracks,” Murphy's statement adds, as The Hill reports.

DeVos' plan would take money from an Obama-era grant program that was designed to end unfunded mandates and to help local school districts apply federal funds where they were needed most. But the purpose of the grants is clear: "provide all students with access to a well-rounded education," as the Education Dept.'s own website makes clear.

Here's Murphy in February speaking about schools shootings, as he frequently does, on the House floor. This particular day was Feb. 14, and he was speaking during the horrific Parkland School massacre.