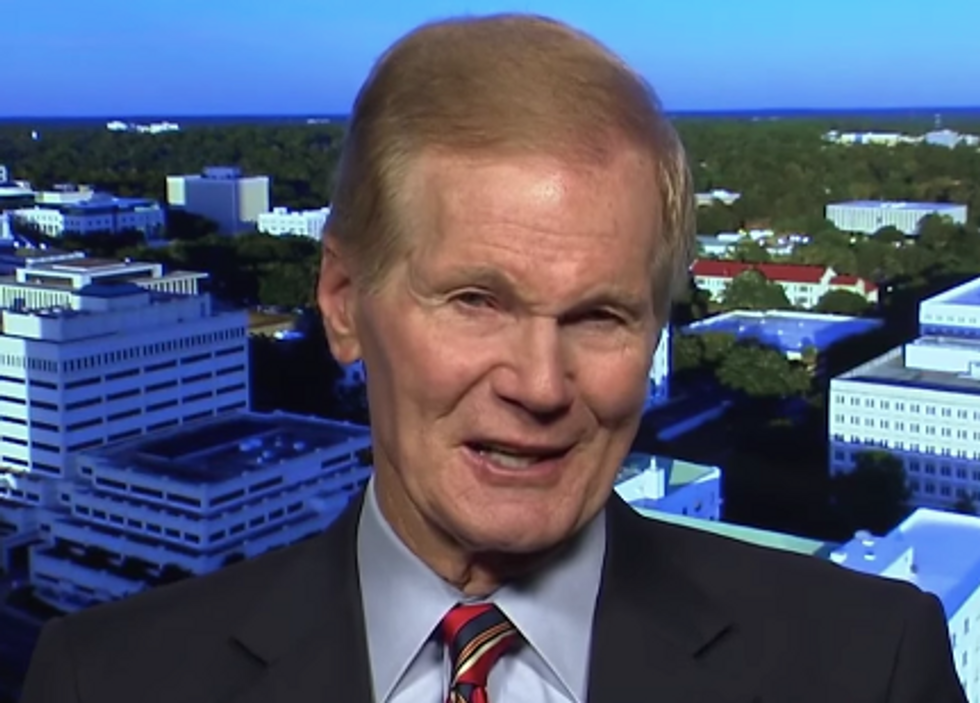 Democratic Sen. Bill Nelson has been taking a lot of criticism from Gov. Rick Scott—who he is running against in Florida’s U.S. Senate race this year—for alleging, earlier this month, that Russians have hacked Florida’s election systems. Scott, a Republican, has denounced Nelson’s allegation as irresponsible. But NBC News is reporting that three people who are familiar with the intelligence have said that there is a classified basis for Nelson’s allegation.

On December 10, the Washington Post published a 2717-word fact-check on Nelson’s allegation that practically accused him of making it up. And Scott said, “Either Bill Nelson knows of crucial information the federal government is withholding from Florida election officials, or he is simply making things up.” But according to NBC News’ Ken Dilenian, Scott “has not actually disputed Nelson’s assertion.” And Florida was among the 21 states in the U.S. that, according to the Department of Homeland Security, was targeted by hackers in the 2016 election.

Florida was also one of the five states that, in February, received an F grade from the Center for American Progress for its election security.

The Department of Homeland Security has neither confirmed nor denied Nelson’s allegation. In an official statement, Sara Sendek (a Homeland Security spokesperson) said, “While we are aware of Sen. Nelson’s recent statements, we have not seen any new compromises by Russian actors of election infrastructure. That said, we don’t need to wait for a specific threat to be ready.”

Nelson, now 75, is a veteran of Florida politics. After serving in Florida’s House of Representatives during most of the 1970s, he represented Florida in the U.S. House of Representatives from 1979-1991 before being elected to the U.S. Senate in 2000. Nelson was reelected to the U.S. Senate in 2006 and 2012, and if he defeats Scott—who, under Florida law, cannot seek another term as governor—in November, he will win a fourth term. But that remains to be seen: recent polls have showed it to be a tight race, with some polls showing Nelson to be slightly ahead and others showing Scott to be slightly ahead.

Nelson has stood by his allegation of Russian hacking in Florida’s election system, asserting, “It would be foolish to think that the Russians would not continue to do this as they did in Florida in 2016.”