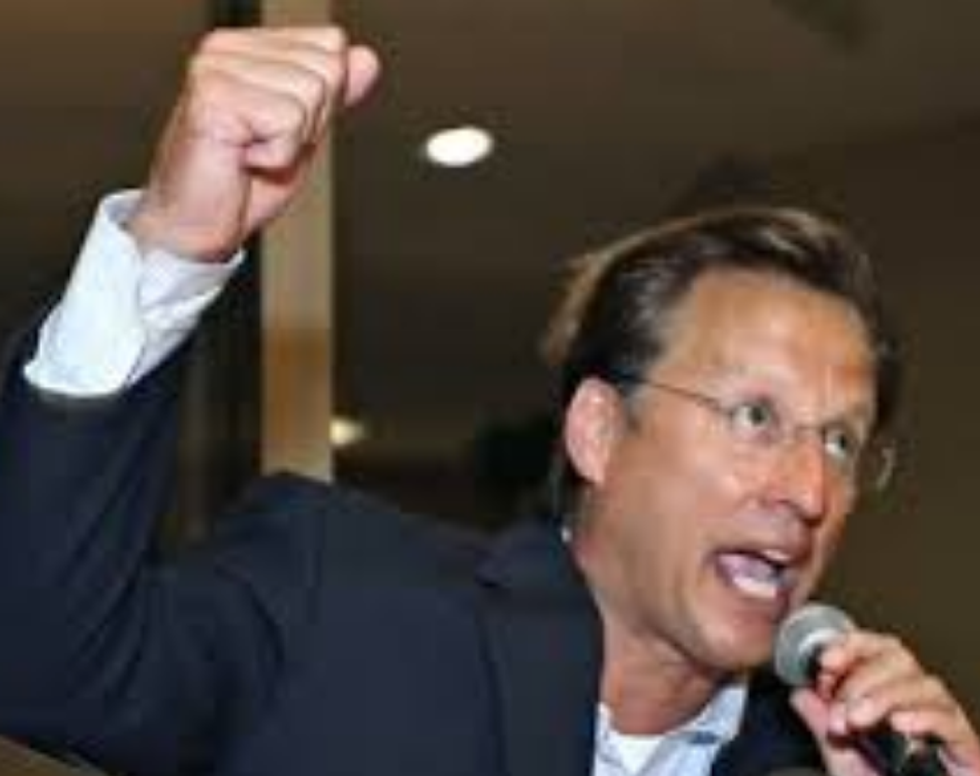 Ever since Confederate sympathizer Corey Stewart was nominated by Republicans to challenge Democratic Sen. Tim Kaine (D-VA), many high-profile Republicans in the state have found themselves in an uncomfortable position.

GOP Rep. Dave Brat (R-VA) has spent weeks trying not to answer where he stands. In July, asked by an interviewer whether he supports Stewart, he gave a 5 minute explanation of how he follows "the systematic theology of Martin Luther King" and Democrats want "a huge state moving towards socialism," without actually answering the question. And earlier this week, he told another person asking him about Stewart, "I gotta get my car fixed" and hurried away.

But at a private event in Chesterfield, Brat finally gave a straight answer, according to audio posted by Richmond2Day.

"Yeah, I am clear on all of this, on the president, on Corey Stewart, on anyone, it is just the Republican creed," Brat told an attendee. "The press up there, they always want to get you on the tweet of the morning, right? So they say, what do you think of this, what do you think of this? I don't respond to that. I respond to the policies I run on."

Stewart fiercely defends Confederate monuments to slavery and white supremacy, comparing people who advocate their removal to ISIS. He has also appeared in public with Jason Kessler, the neo-Nazi behind the deadly "Unite the Right" Charlottesville riots last year, and called prominent anti-Semitic white supremacist Paul Nehlen a "personal hero" — which he later falsely tried to claim he only did before Nehlen started sharing racist content.

Brat's assertion he doesn't have to have an opinion on Stewart's racist beliefs as long as he is a vote for the GOP agenda is ridiculous and insulting — and it is revealing that he waited until he was in friendly company to say it.

But this attitude of promoting the "Republican creed" over basic character and decency is not new from Brat. He has also previously stated he stands with his fellow Freedom Caucus member, Rep. Jim Jordan (R-OH), calling him "one of the most ethical guys," despite a series of allegations that he ignored sexual abuse as an assistant wrestling coach at Ohio State University.

Brat, who represents Virginia's 6th Congressional District in the central portion of the state, is locked in a competitive race with Democratic former CIA officer Abigail Spanberger. The race is becoming increasingly nasty, with one super PAC affiliated with House Speaker Paul Ryan allegedly obtaining Spanberger's security clearance forms for improper political use.