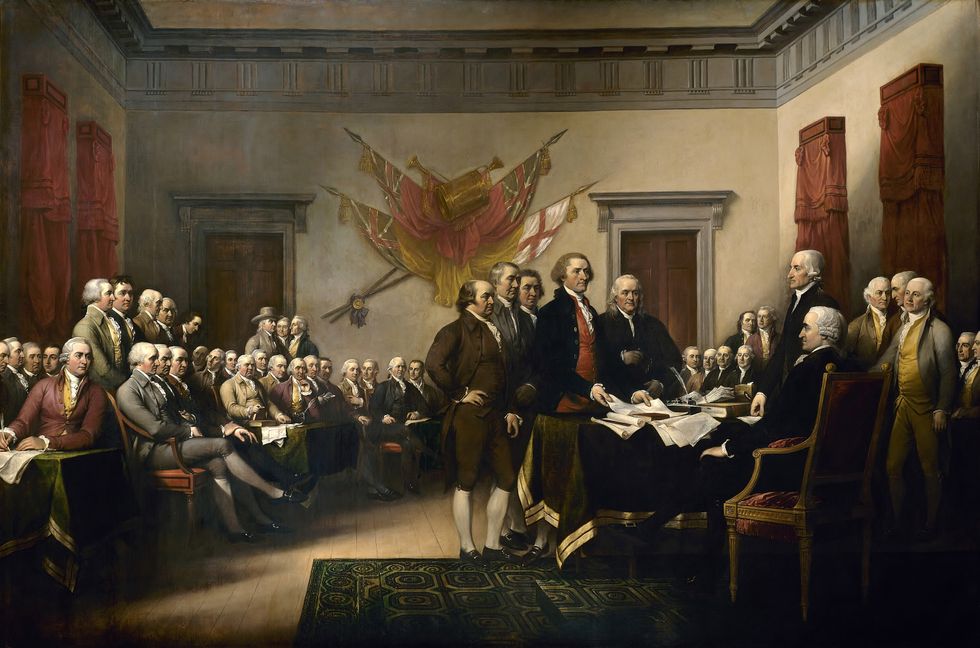 Impeachment of President Donald Trump has now become a serious topic of discussion among mainstream and even conservative pundits, and many observers are looking to historical precedents to make the case for and against removing him from office.

Cass Sunstein, an influential legal and constitutional scholar, argued that those drawing parallels to the impeachment of President Bill Clinton are making a big mistake. Clinton's impeachment for alleged perjury about his affair with Monica Lewinsky was not, Sunstein believes, what the founders intended the tool of impeachment to be used for.

"The impeachment clause is a direct outgrowth of the American Revolution," he wrote in a new column for Bloomberg. "The constitutional phrase 'high crimes and misdemeanors' refers to egregious abuses of official authority."

By contrast, the impeachment of Bill Clinton was politically motivated – and it did not come close to meeting the constitutional standard.

True, Clinton was alleged (among other things) to have perjured himself and to have obstructed justice in connection with the sexual harassment suit brought by Paula Jones. Those are serious allegations. But they are not the kind of wrongdoing that triggers the impeachment clause.

So Sunstein argues that Michael Cohen's recent guilty plea to committing campaign finance violations — while implicating Trump himself — should not be seen as analogous to the allegations against Clinton. But that doesn't mean they aren't the basis for impeachment.

At a key moment in the Constitutional Convention, the delegates were debating whether to have an impeachment clause at all. In general, the arguments in favor of the clause focused on abuse of authority.

James Madison warned, “He might pervert his administration into a scheme of peculation or oppression. He might betray his trust to foreign powers.” Edmund Randolph noted, “The Executive will have great opportunitys of abusing his power.”

But there was one exception to the focus on abuse of authority while in office. George Mason urged, “No point is of more importance than that the right of impeachment should be continued.” His central example took the form of this question: “Shall the man who has practised corruption & by that means procured his appointment in the first instance, be suffered to escape punishment, by repeating his guilt?”

As Sunstein makes clear, the framers of the Constitution believed it would be necessary to impeach a president for obtaining the office by duplicitous, corrupt, or illegal means. And that's exactly what Cohen implicates Trump in doing — subverting campaign finance laws to win the 2016 election.

Sunstein doesn't declare definitively that Congress should impeach Trump on these grounds, in part because all the details of the charges against Cohen are not yet public. But he does seem to think it's worth considering — and what the founders may have wanted.