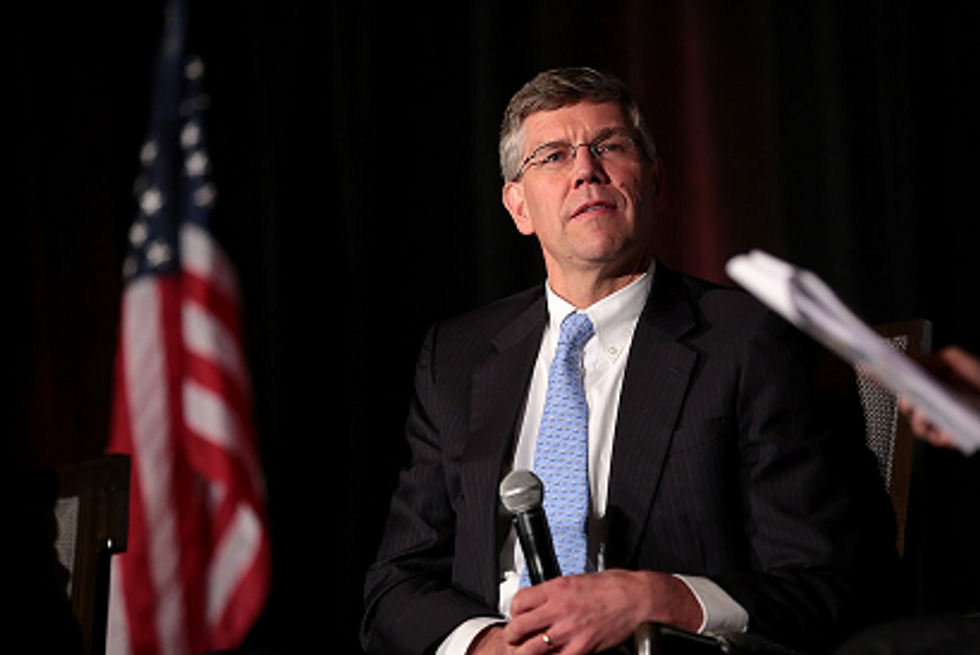 Congressman Erik Paulsen (R-MN) is a reliable vote for President Donald Trump's agenda in a suburban Minneapolis district that voted for Hillary Clinton by nearly 10 points. He has backed Trump 98 percent of the time, according to FiveThirtyEight, including on the failed GOP plan to strip health insurance from sick people and on the disastrous package of tax cuts for corporations and billionaires.

It would be hard to find a congressman more out of touch with his district. One reason might be that Paulsen has not had a true town hall meeting with constituents in 7 years, instead choosing to hold "telephone town halls" where he can pre-screen questions. He held one supposedly public set of meetings in June, but they were only open to a tiny number of people. When asked why he does not hold town halls by Southwest News Media, he complained that "People turn them into a gotcha moment or a shouting moment."

So it was something of a surprise to his constituents when, in a debate with Democratic-Farmer-Labor Party opponent Dean Phillips, Paulsen claimed he gets his best ideas by listening to the voters. In fact, attendees found it so ridiculous that they burst out laughing at him.

"Truth is, I get a lot of ideas from listening to people like you," he said. "Being accessible, being a good listener, those are where the ideas come from."

Phillips, a photogenic businessman and the heir to a prominent distillery company, is seeking to be the first Democrat to represent Minnesota's 3rd Congressional District since 1961. He is running on a platform of campaign finance reform, health care for all, education investment, and environmental protection.