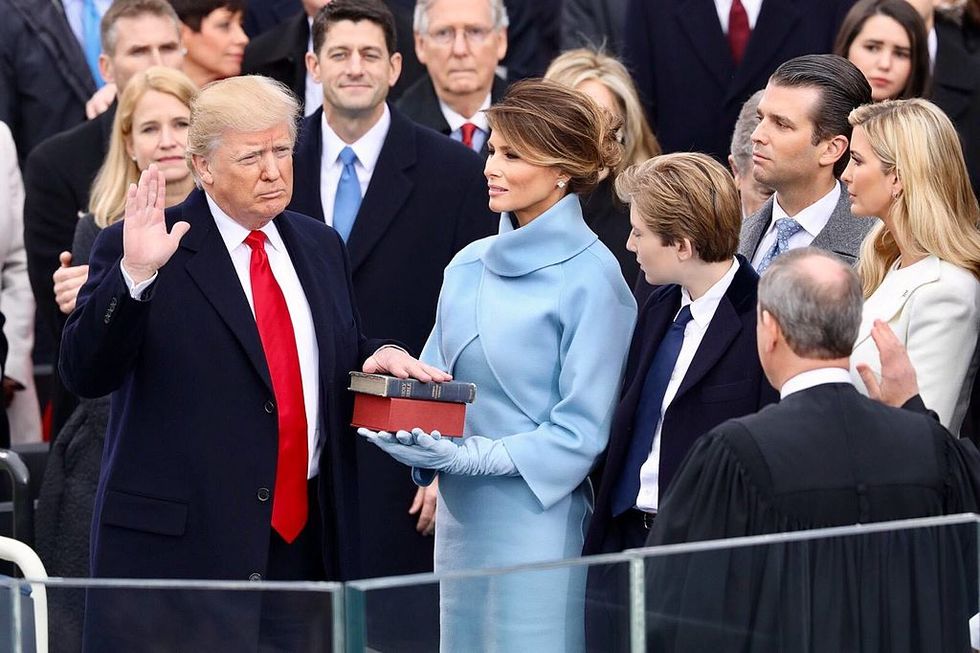 In light of the newest credible allegations against President Donald Trump, conservative writer Max Boot declared what many have long believed: Trump's presidency is illegitimate because his election was a "fraud."

He made this claim based on the fact Trump was elected after having directed his former attorney, Michael Cohen, to make illegal campaign payments of hush money to two women who say they had affairs with the president, according to Cohen's testimony Tuesday. Cohen's lawyer has also indicated he may have more damning evidence against the president.

"In short, there is growing evidence that the president is, to use the word favored by Richard Nixon, 'a crook,'" wrote Boot Wednesday in the Washington Post. "Even buying the silence of his reputed playmates could by itself have been enough to swing an exceedingly close election decided by fewer than 80,000 votes in three states. Trump certainly would not have authorized the payments unless he thought it was politically imperative to do so. There is also considerable evidence, as I previously argued, that Russia’s intervention on Trump’s behalf affected the outcome. Even more than Nixon, Trump is now an illegitimate president whose election is tainted by fraud."

Despite Nixon's electoral shenanigans and the crimes associated with the Watergate break-in, after all, his victory in the 1972 election was decisive enough that it's unlikely his misdeeds affected the final outcome.

Now it's not exactly clear what "illegitimate president" means in Boot's op-ed. Even if there were universal agreement that Trump broke the law to the win the election, there are no constitutional means to declare his presidency "invalid," give it to Hillary Clinton, or roll back his executive actions. For all intents and purposes, Trump is president, and there's no getting around that.

Congress could, of course, prevent him from being president any longer through impeachment and removal. (Trump could and should resign, Boot notes — but of course, that won't happen.)

But don't hold your breath for Congress to act.

"A responsible Congress would have by now already convened an impeachment inquiry," said Boot. "But that is not the Congress we have. We have a Congress dominated by political hacks and moral invertebrates who are determined to act as the president’s enablers and legitimizers at all costs."

That leaves the country pretty much where it was before the newest revelations: staring down the midterm elections as the only way to provide a check on Trump. But it's possible the Cohen's bombshell will encourage more voters to go to the polls.