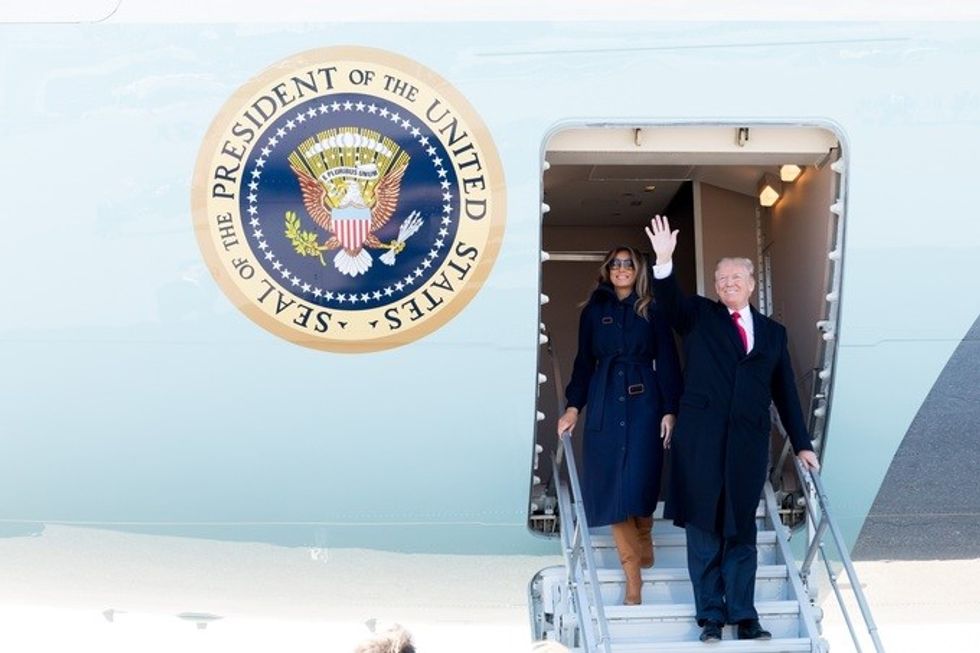 Evidence that President Donald Trump is racist emerges so frequently and consistently that credible commentators on American politics no longer even doubt the fundamental fact of his bigotry.

But of course, many of the president's defenders — and even conservative critics of the president — do their best to argue that Trump is the farthest thing from being racist.

The latest in this sad genre comes from The American Conservative, a right-wing magazine. In a new article, Jack Hunter argues that despite what many in the media say, Trump isn't racist. He even argues that claiming Trump is a white supremacist only empowers the "real" racists.

And yet despite this sweeping claim, Hunter engages with very little of the extensive arguments put forth that document decades worth of the president' racism. Instead, he focuses on a single recent event that many critics of the president cited as an embodiment of his white supremacist worldview: Trump's tweet about Fox News' Tucker Carlson, who devoted a segment of his show to discussing South African policy toward white farmers. This issue has been seized upon by white supremacists trying to portray themselves as victims.

Hunter argues that because there are legitimate concerns regarding this issues — the idea of land expropriation has proved disastrous in the past, and there have indeed been some apparent murders of white farmers — the incident cannot be evidence of Trump's racism.

"That Trump and Carlson are taking their talking points from neo-Nazis seems absurd once one takes into account the full circumstances of what occurred, something most mainstream outlets have not done in their eagerness to tag both men as racists," Hunter wrote. "Though South Africa’s complicated history and politics should be included in this discussion, Carlson is not wrong."

If you squint and tilt your head, Hunter might seem to have a point. But the problem is that he ignores the entire context in which this event occurred.

Trump's presidency has promoted racist bans on Muslim travel and vicious policies toward immigrant communities of color. His entire campaign was built on demonizing immigrants, particularly those coming from Mexico, by promoting myths about their imagined detrimental effects on the country. He has also frequently attacked black critics in derogatory terms, often engaging in vile stereotypes to demean his opponents.

Carlson, meanwhile, has doubled down on Trump's xenophobic and nativist attitudes, consistently using his show to stir up fear of "demographic change" and immigration with little basis in reality.

And while Carlson and Trump were quick to jump on the supposed plight of white farmers in South Africa — a country that, until recently, was violently ruled by its oppressive white minority — they spend little time worrying about massive tragedies in the world that happen to nonwhite groups. Trump and Carlson have little sympathy to spare, it seems, for those dying in Yemen from a Saudi Arabian bombing campaign supported by the United States, or the ongoing Rohingya genocide, which targets Muslims.

Hunter's claims that the media empowers the "real racists" by calling out the white supremacy of people like Carlson and Trump are not worth taking seriously, given how little effort he puts in to actually addressing the evidence that they promote white supremacy. The president is, unfortunately, what he appears to be: A racist with control over the most powerful seat in the U.S. government.