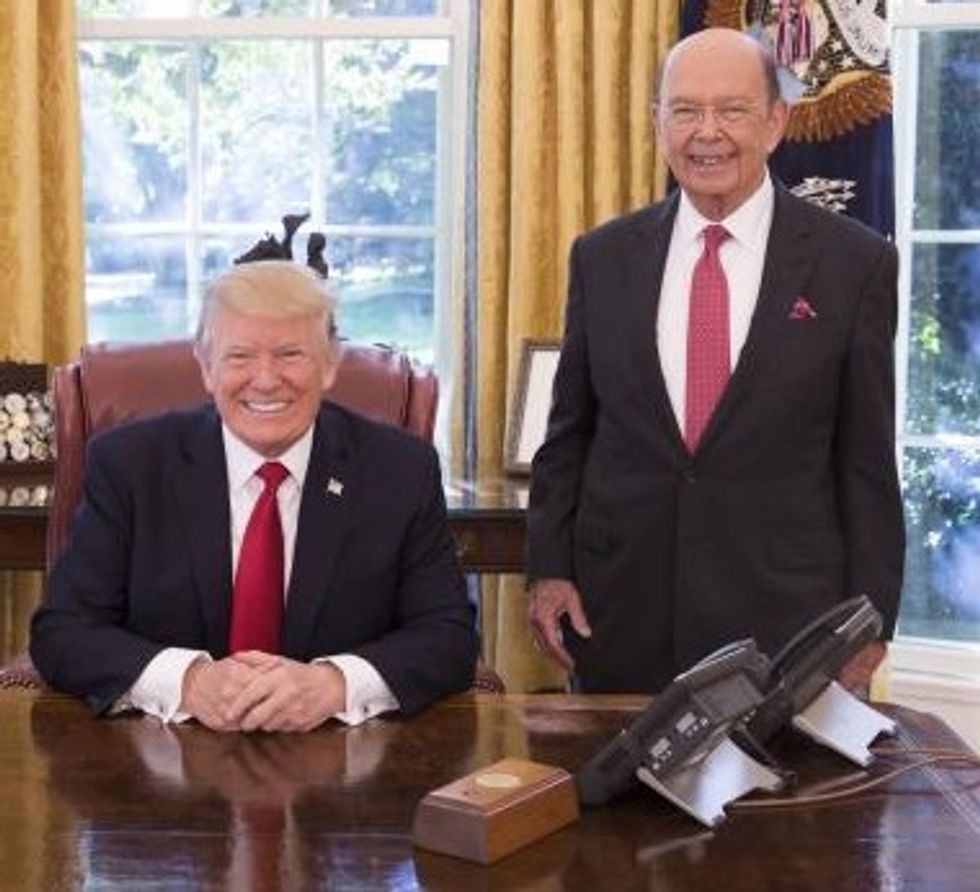 The complaint, according to the overview, calls for "an investigation into whether Commerce Secretary Wilbur Ross violated the criminal laws on conflicts of interest and false statements."

Specifically, CLC alleges that Ross, a billionaire investor, holds assets in multiple companies that are directly impacted by decisions of the Trump administration, in potential criminal violation of federal conflict of interest laws, including Air Lease, Sun Bancorp, and a "major" holding in Chinese steel. Altogether, the document cites 46 different assets Ross has not accounted for despite pledging to divest.

CLC also asserts Ross may have lied to Congress in his testimony about his plans for divestiture.

An attorney for Ross has denied all allegations, saying, "Secretary Ross has not violated any conflict of interest law or regulation."

In recent months, Ross, who has gone to bat to defend Trump's draconian tariffs on steel, and who was the driving force behind adding a "citizenship" question to the U.S. Census against the warning of former Census officials, has come under fire for his financial dealings.

He has shorted multiple stocks since taking office, including in a Russia-linked shipping company he is a key stakeholder in, just days before a bombshell story about the company dropped. And that could be just the tip of the iceberg for Ross' wrongdoing — a recent report in Forbes alleges Ross could have stolen as much as $120 million from his business associates, with his various thefts including refusing to pay workers and stealing sweetener packets.

Ross is only the latest member of the Trump administration to find himself in the hot seat for alleged ethics violations. Former Health and Human Services Secretary Tom Price and former EPA administrator Scott Pruitt both resigned over ethics scandals relating to their misuse of taxpayer funds. Other cabinet members have also faced federal investigations, including Interior Secretary Ryan Zinke for a real estate deal tied to an oil executive, and Housing and Urban Development Secretary Ben Carson for potentially giving his family improper roles in his department.