CNN's Don Lemon Fires Back at Trump After Racist Attack: 'I'm Going to Tell You Exactly How I Feel' 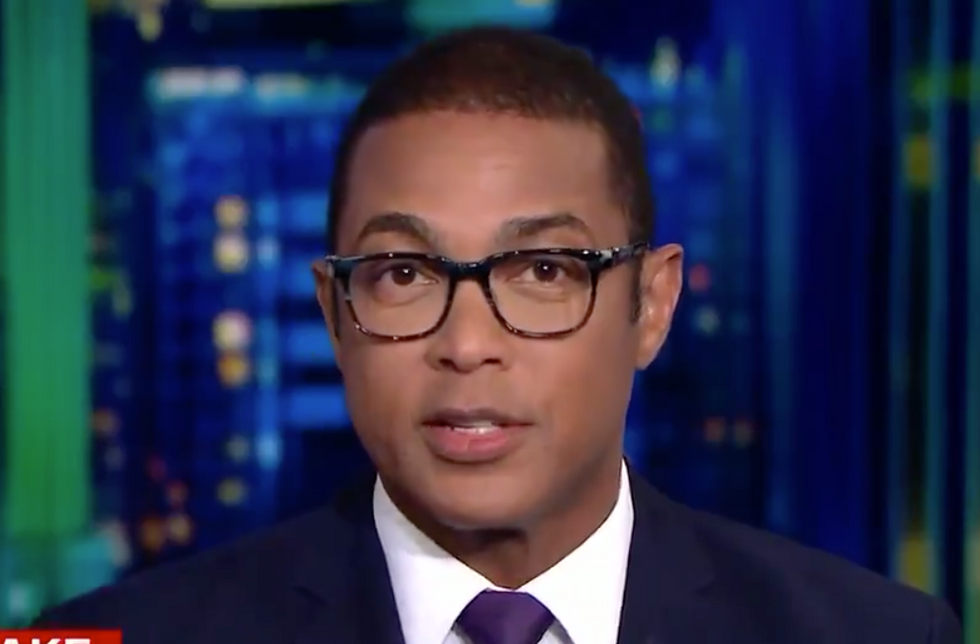 Trump lashed out at the pair of African-American men after James told Lemon in an interview that he would not sit down with Trump, though he would sit with President Barack Obama. In response, Trump tweeted: "Lebron James was just interviewed by the dumbest man on television, Don Lemon. He made Lebron look smart, which isn’t easy to do. I like Mike!"

In responding to this childish broadside, Lemon was calm and forceful, without showing anger. He noted that as a journalist, he doesn't like to be the center of the story, but Trump had left him no choice.

"I'm going to tell you exactly how I feel," Lemon said. "Referring to African Americans as 'dumb' is one of the oldest canards of America's racist past and present: that black people are of inferior intelligence."

He continued: "This president constantly denigrates people of color — women, too. ...This president trafficks in racism and is fueled by bullying. From keeping children at the border in cages, to bullying journalists at every one of his rallies and every chance he gets."

Lemon observed that there had been a massive outcry on his behalf and in defense of James, revealing that there is still a plethora of goodwill in the country. But he said he's worried that Trump reveals something deep about the country.

"He divides by race and tries to conquer decency by smearing and besmirching the truth and the people who fight to uphold it," Lemon said. "Is he revealing who we really are?"

"President Trump is trying a divide and conquer strategy. ... He divides by race and tries to conquer decency by sm… https://t.co/nXOwYyJsDS
— CNN Tonight (@CNN Tonight)1533609828.0