CNN's Don Lemon Breaks Down During Emotional Tribute to Aretha Franklin: 'We Lost A Legend' 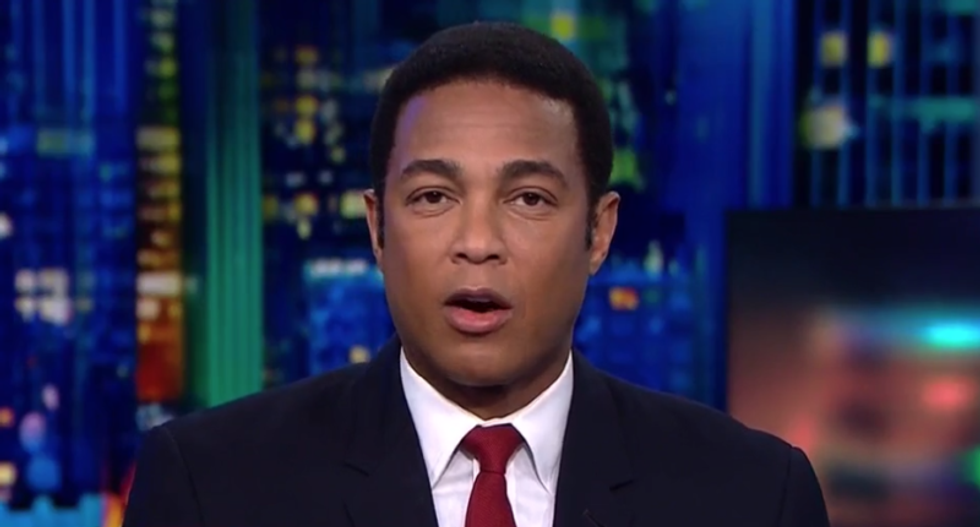 CNN's Don Lemon on Thursday broke down during a conversation about “Queen of Soul” Aretha Franklin, who died Thursday.

Lemon detailed his relationship with Franklin, explaining she would “text [him] out of the blue” to tell her how proud she was of him.

“I'm sorry, Poppy [Harlow],” Lemon said, his voice choking up. “I just woke up and got the news. I'm so sorry. I didn't expect to have this reaction. It's sad. For the past couple of days, people have been going to see her and reaching out to her. You know, there was information that I knew that I couldn't really say because the family did not want that out. You know, the last couple of days, it has not been good.”

“Truly, we lost a legend,” he continued. “And a good person. She said she wanted to be known as a good mother. She was a good mother to not only just her four sons but to so many people around the world, like me. She would just text me out of the blue and say I saw something you did on CNN. I'm so proud of you. You are doing such a great job. To think that that won't happen anymore is just really awful.”

Lemon later explained Franklin’s impact on his life as a child of the 1960s.

“There is no voice and no one ever that will be like her,” he said. “Some people have a gift that there’s music in their voice. They just open their mouths and the song just drops out. And that is—that was Aretha Franklin. She could not—she was unmatched. But I think a lot of that also came from the church and her father. Because she grew up with her father in the church. That came from the church.”