CNN Legal Analyst Jeffrey Toobin: It's a 'Virtual Certainty' Trump Would Be Indicted Were He Not President 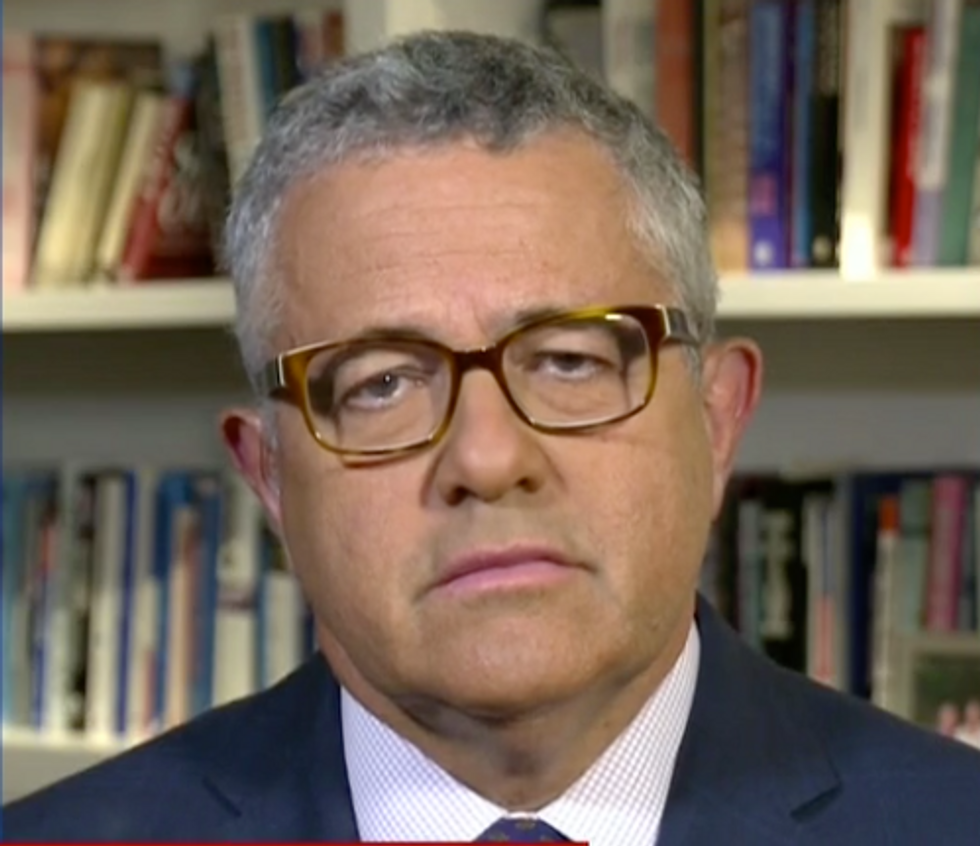 CNN legal analyst Jeffrey Toobin made the stupefying claim Tuesday night that President Donald Trump almost certainly would have been indicted today along with the case against his former attorney Michael Cohen — were he not president of the United States.

Earlier in the day, Cohen pleaded guilty to eight federal charges, including three campaign finance violations. He said he was directed to engage in those violations by the "candidate" — which could only be Trump himself.

"This is the first time since Watergate — and perhaps even before Watergate — that a federal criminal guilty plea has taken place and the guilty person has said: 'I committed this crime with and for the president of the United States,'" he said on "Anderson Cooper 360" on Tuesday. "If this were any other person, given the evidence that was presented in court today, it seems to me a virtual certainty that Donald Trump would have been indicted and charged, too."

He continued: "Remember: Who benefitted from this campaign finance violation? It wasn't Michael Cohen. The beneficiary was, according to Michael Cohen, the person who directed and then helped cover up this illegal campaign contribution. This brings this criminal case to the door of the Oval Office like nothing we have seen before in this investigation."

"But Jeff, obviously, you know, a sitting president, according to precedent, not law, can't be indicted," said Cooper in response. "When the president leaves office, is this something charges could be pursued against him for?"

"It could, I think," Toobin said. "I don't think the statute of limitations will have run. You know, that could be a long way off. There are a lot of things that may change in the interim, but the Justice Department policy — and as you point out, it's a policy, not a law. it's not part of the Constitution — says no criminal charges against a president while he is president. This issue may arise when the president leaves office, but all of that, I think, is down the road."