CNN Host Corners Former Trump Campaign Aide: 'Are You Comfortable with a Hostile Power' Praising Him? 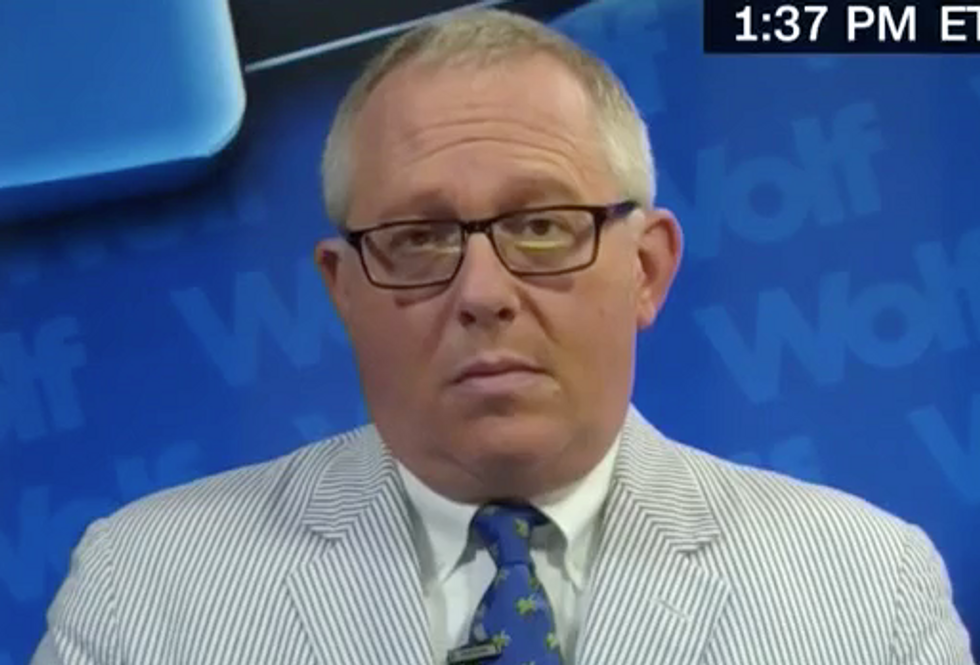 A Tuesday CNN interview with former Trump campaign adviser Michael Caputo left the president's supporter looking ridiculous as he made repeated assertions about the Russia summit in Helsinki with no basis in fact.

"As an American, are you comfortable with a hostile power — a rival power — viewing the American president's performance as positive for them at such an important moment?" host Jim Sciutto asked.

"I think that oversimplifies things," Caputo stuttered before saying he "can see why the Kremlin" thought they had a "good summit."

Caputo then pivoted to suggest Trump got what he wanted for the U.S. as well, ignoring the fact that the president's interests could be against the U.S.

"I don't think it was important for him to turn to Vladimir Putin and wag his finger," Caputo said.

Sciutto reminded Caputo that the controversy wasn't about slanted coverage of Trump, but from analysis of his actions that came from "Republican lawmakers as well who were concerned and criticized the president's performance there."

After Caputo again tried to claim "we got a lot out of Helsinki," the interview concluded.

"Michael Caputo, thank you for taking the tough questions today," Sciutto said, not bothering to rebut the ridiculous claims.