'CNN Does Not Lie': Network Fires Back at Trump After the President Accuses It of 'Major Lie' 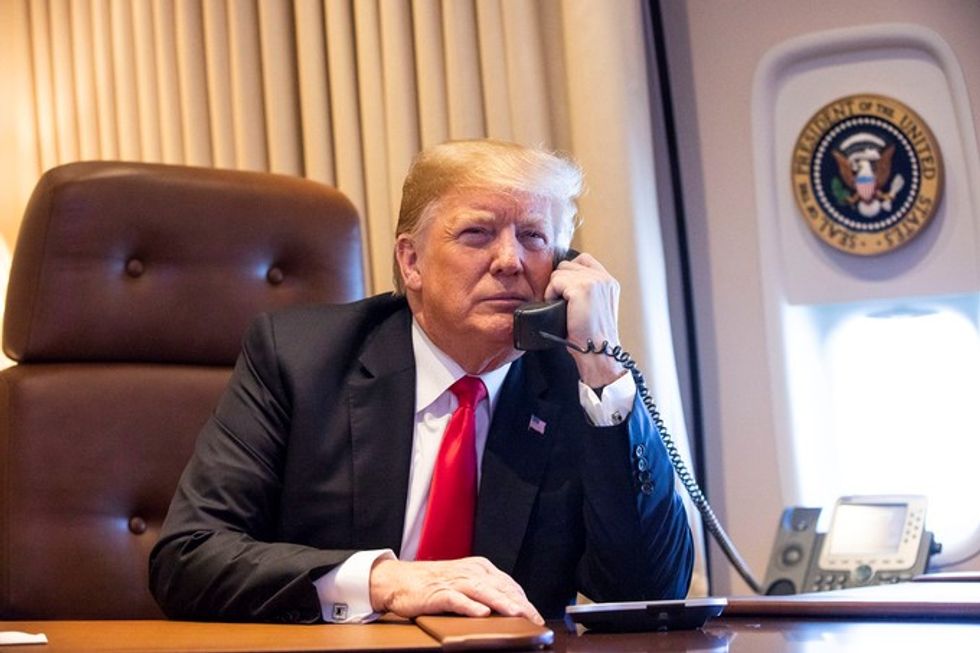 CNN took the rare step of directly firing back at President Donald Trump's latest broadside on his favorite medium: Twitter.

Trump lambasted the network Wednesday night over its recent story claiming that his former lawyer, Michael Cohen, has been saying that he knows the president knew about the infamous Trump Tower meeting with a Russian lawyer offering dirt on Hillary Clinton during the 2016 campaign. Trump has denied knowing of the meeting at the time, which looks to be a clear case of collusion between his camp and Russia efforts to interfere in the 2016 election.

But the CNN story hit a snag recently when Cohen's attorney Lanny Davis admitted that he was one of the sources for the story, even though he doesn't have any knowledge about Cohen's recollections about the meeting. Many critics of CNN have jumped on this revelation in an attempt to discredit the network, but CNN has not retracted the story.

Trump, who has long hated CNN for its critical reporting, lashed out on Twitter. He targeted reporter Carl Bernstein, who was one of three writers named in the story's byline.

"CNN is being torn apart from within based on their being caught in a major lie and refusing to admit the mistake," Trump wrote. "Sloppy @carlbernstein, a man who lives in the past and thinks like a degenerate fool, making up story after story, is being laughed at all over the country! Fake News."

"Make no mistake, Mr. President, CNN does not lie," it said. "We report the news. And we report when people in power tell lies. CNN stands by our reporting and our reporters. There may be many fools in this story but @carlbernstein is not one of them."

As reporter Yashar Ali noted, the recent revelations about Davis' claims do not necessarily invalidate the network's story.

"CNN feels comfortable standing by its story because they say they had multiple sources and that they never claimed Trump knew about the meeting...only that Cohen was saying he did," Ali noted in a tweet.