'A Cancer on Our Democracy': Elizabeth Warren Says Trump's Ties to Michael Cohen's Crimes Reveal the Corruption of Our System 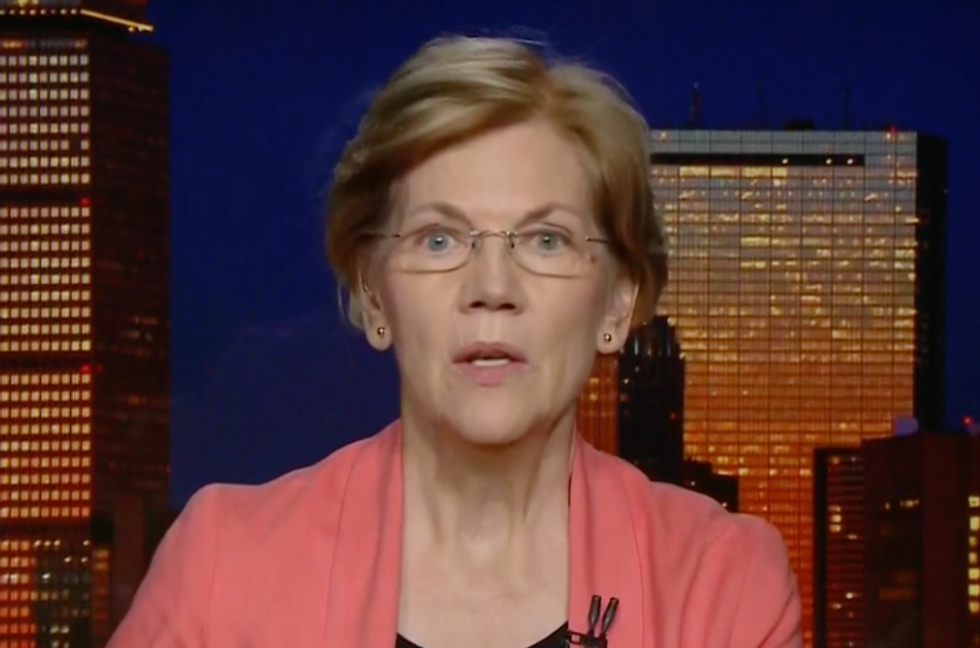 Sen. Elizabeth Warren (D-MA) blasted President Donald Trump Wednesday in an appearance on MSNBC's "The Beat with Ari Melber," saying that his being implicated in the crimes of his former lawyer Michael Cohen show a deeper problem in American democracy.

Cohen pleaded guilty last week to eight counts of crimes in federal court. Two of the counts included campaign finance crimes, which he said he was directed to carry out by Trump.

"He has certainly implicated Donald Trump, he's making clear the connections here," Warren said. "And I'm sure that everybody is listening who is involved in the investigation of the deeper relationship between Russia, the Trump campaign, Donald Trump himself. And now, whatever is happening in connection with the Justice Department in trying to shut down the investigation."

She continued: "But I want to make a bigger point about this. Because when you listen to words like this from Cohen, it's a reminder: Corruption is like a cancer on our democracy. Think about how the American people, think about how all of us hear that, that — wait a minute, what's going on in Washington every day up and down the line is that the well-connected, the wealthy, they get heard, they are in the know."

And yet, she said, regular families are completely shut out of these corrupt systems.

"They don't have that kind of representation," she said.