Can the Satanic Temple Survive Its 'Civil War'? 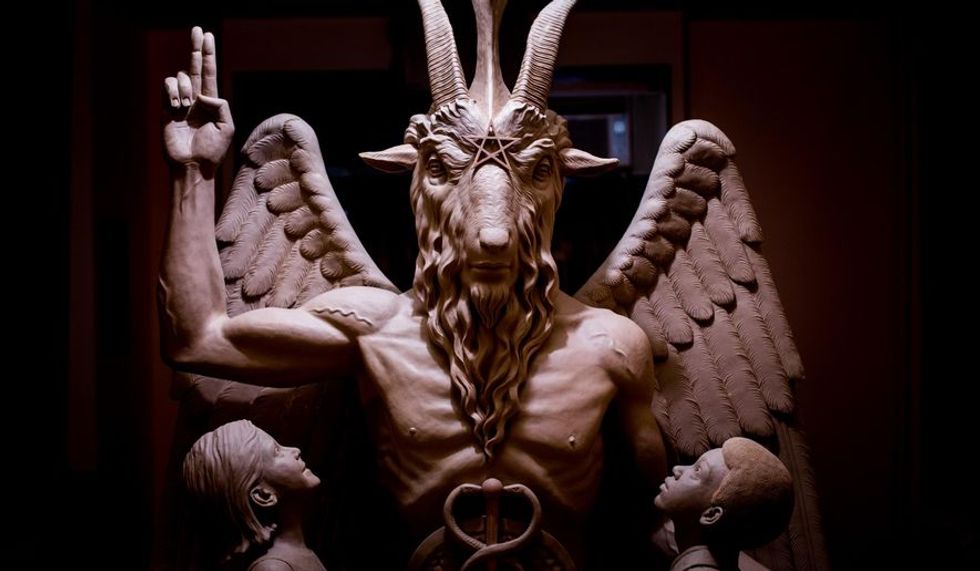 When we think of organized Satanism — if we think of it — most of us probably mentally conjure the winged eyebrows of Anton LaVey, who founded the Church of Satan back in 1966. But the headline-maker of note where Satanists are concerned lately is The Satanic Temple, and it seems to be embroiled in a battle for its own soul.

As my co-host Cher Martinetti and I discussed on a recent episode of our podcast about cults and extreme belief, “Cult Faves,” The Satanic Temple (TST for short) is turning into a fascinating case study of a group that attracts the type of joiner who will not go in cultish lock-step with its leaders. When TST was founded in 2012, it set itself up as a nontheistic group with an explicit mission of political activism, and with principles that made it attractive to politically-minded free thinkers.

“The people who do call themselves Satanists do genuinely believe in social justice issues and they are progressive, and maybe sometimes skew a little anarchist,” says Martinetti.

Over its relatively brief history, TST has developed a track record of tongue-in-cheek antics that make its points — and headlines. Take, for instance, their fight against Ten Commandments monuments on state property in Oklahoma and, more recently, Arkansas. TST raised funds to construct a seven-and-a-half-foot tall statue of the winged goat-headed deity Baphomet to make the point that equal religious representation should guarantee it a place on Capitol grounds, as well. (In Oklahoma, the Supreme Court ruled that the Ten Commandments monument should be removed following a lawsuit by the ACLU, and so TST put Baphomet in storage until its recent appearance.) They’ve also conducted high-profile actions in support of pro-choice causes, including staging a protest in Michigan where baby-themed fetish gear was worn and suing Missouri over its restrictive abortion laws on grounds of infringement on religious freedom.

But TST isn’t without controversy it didn’t intentionally create. Take its ongoing shade war via FAQs with the Church of Satan, which raises a valid point that TST’s branding creates confusion — without being true copyright infringement. They and journalists have uncovered evidence that TST’s initial founding by Malcom Jarry and Lucien Greaves — both pseudonyms — originally involved a parody film, and that the part of Greaves was offered to others before being taken on by a man whose real name is Doug Mesner.

Journalist Anna Merlan, who first covered TST for The Village Voice back in 2014, wrote a bombshell piece for Jezebel earlier this month about the “civil war” roiling the TST community after Greaves’ decision to hire an attorney with ties to alt-right clientele. Attorney Marc Randazza has defended the likes of Alex Jones and the founder of the Daily Stormer, and now TST, as Greaves pursues legal action against Twitter for religious discrimination after his brief suspension from the platform.

The circumstances for the suspension, which involve former teen star Corey Feldman, are quite bizarre. First, Feldman retweeted a person calling for the headquarters of TST to be burned down. When Greaves shared Feldman's retweet and asked people to report the original poster for violating Twitter's rule against threats of violence, Twitter suspended Greaves' account instead and then later reinstated it. TST is now suing Twitter.

The reaction from TST's social justice-fueled chapters to Randazza’s hiring (which Greaves is quick to say is pro bono) has been swift and — apparently to everyone except Greaves — predictable. So far the Los Angeles and Portland chapters have said goodbye to TST over this issue, and the co-head of the New York chapter resigned. There are also allegations that despite its inclusive ideals, TST has not necessarily made itself an inclusive movement — which is a hard reputation to shake when the majority of leadership is composed of white men.

Will TST get its act together or will it continue to fracture? Only time will tell. But if Greaves has told the truth in interviews about not wanting to be a cult leader, then a first step would be to truly listen to the objections of TST’s membership.

Listen to our episode on The Satanic Temple here:

Learn more about "Cult Faves" and subscribe to the podcast on iTunes, Stitcher, Google Play and more.