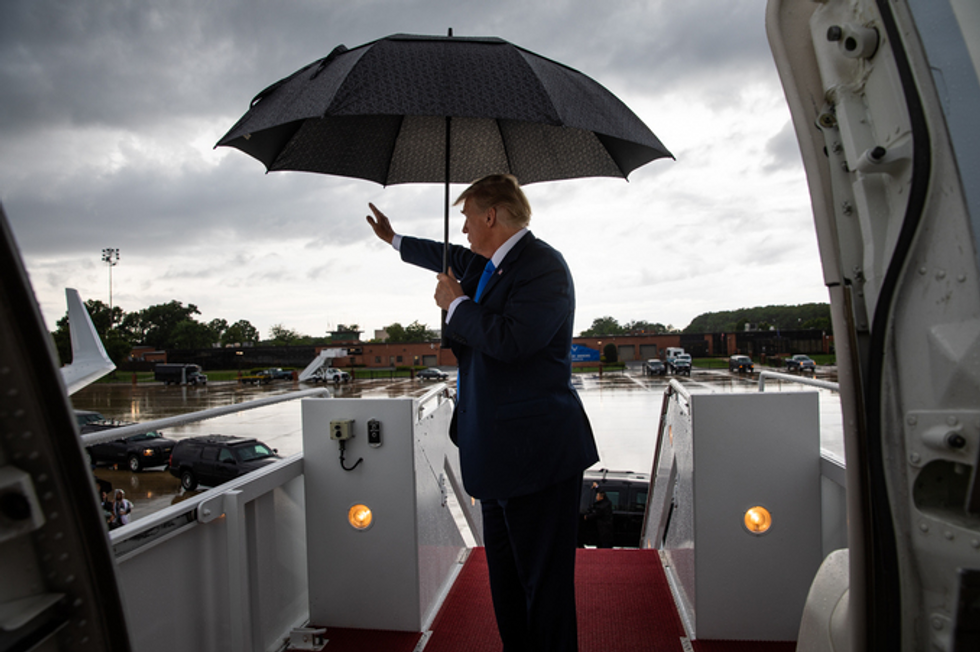 As President Donald Trump inches ever-closer to serious legal and political peril, his aides and advisors are increasingly worried that he will do even more damage to himself by lashing out while he fluctuates between extreme moods, according to a new report from Vanity Fair reporter Gabriel Sherman.

The latest round of the drama was ignited last week when two of Trump's former associates, Michael Cohen and Paul Manafort, were found guilty in two separate courts at nearly the exact same time. Cohen's guilty plea also implicated the president in campaign finance violations.

At first, Sherman reports, Trump was despondent — "bummed" and "down and out" according to one source. But over the weekend, his rage reportedly flared — one aide told Sherman that Trump spent the days "calling people and screaming."

But the legal developments are not only leading to emotional distress and outbursts — Sherman reports that they're driving Trump's policy decisions. He reportedly made the decision to revoke former CIA Director John Brennan's security clearance last week even after his son-in-law and daughter, Jared Kushner and Ivanka Trump, counseled against it.

Sherman also says that in light of White House Counsel Don McGahn's contention that Trump shouldn't pardon Manafort, Trump may have another attorney write up the paperwork to grant clemency to his former campaign chair anyway.