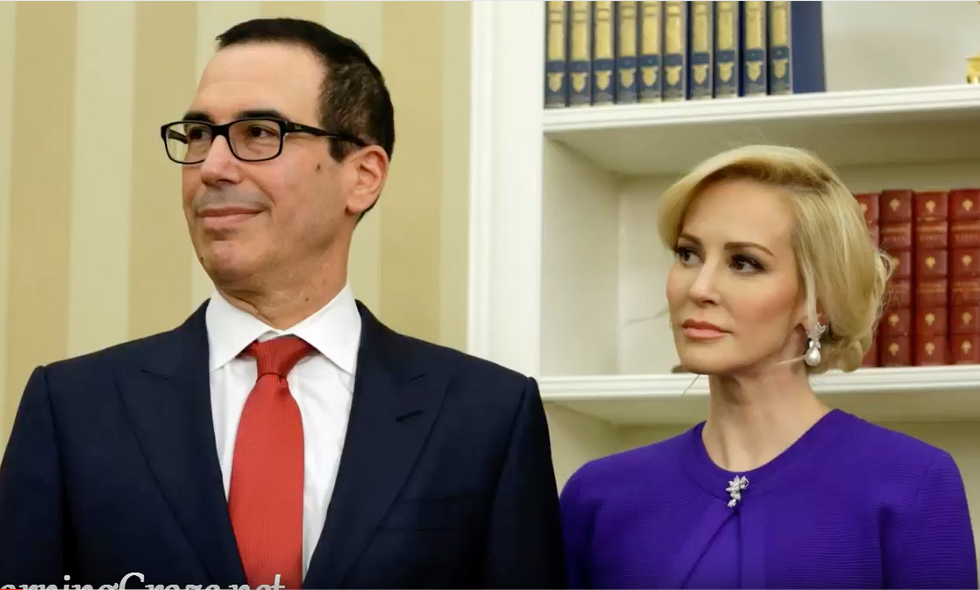 At first glance, the Trump administration's rule appeared to be little more than a mundane set of regulations aimed at providing owners of so-called pass-through businesses everything they "need to comply with the Republican Tax Cuts and Jobs Act," as Reuters put it.

But Capital & Main journalist David Sirota decided to take the radical step of actually reading the proposal in its entirety, and he found that the White House's rule also seeks to exclude banking from the "financial services" category—a move that would allow thousands of large banks to take advantage of the controversial tax cut for pass-through income included in Trump's tax bill.

As they were hashing out the details of their tax bill behind closed doors, Sirota notes, Republican lawmakers included a provision that prohibited businesses in the "financial services" sector from qualifying for the tax cut in an effort to counter "assertions that the bill could enrich big banks."

But, at the direction of bank lobbyists, the Trump administration's new rule asserts that "'financial services' don't include banking," thus allowing "hundreds of banks operating as S corporations—as well as their owners—[to] claim the tax cut," Sirota writes.

In addition to taking the side of bank lobbyists with its new rule, the Trump administration also explicitly "echoed their views" in the fine print of its proposal, Sirota points out.

"Banking industry lobbyists pushed for the interpretation—acknowledging that the bill generally blocked pass-through tax cuts for businesses in financial services, but arguing that 'financial services are, however, clearly something other than banking,'" Sirota writes. "The Trump Treasury Department not only sided with the lobbyists, but in the fine print of its new rule, which is now subject to a public comment period before it goes into force, echoed their views."

According Daniel Hemel, a tax law professor at the University of Chicago, the Trump administration's rule change would reward "roughly 2,000 banks around the country that qualify as S corporations."

"It's a safe bet that most of the S corporation shareholders benefited by today's decision will fall into the upper reaches of the top one percent—not many middle-class folks own a bank," Hemel told Capital & Main. "If you assume a return on assets of around one percent and S corporation bank assets in the range of $400 billion, then the move reduces the total tax liability of S corporation bank shareholders by $300 million per year for 2018 through 2025. We're talking about something like $2.5 billion total."

In response to the Trump White House's latest attempt to reward the wealthy—which comes as wages for most workers are declining—Sen. Bernie Sanders (I-Vt.) wrote, "It's never been more clear who the Trump administration is really working for."