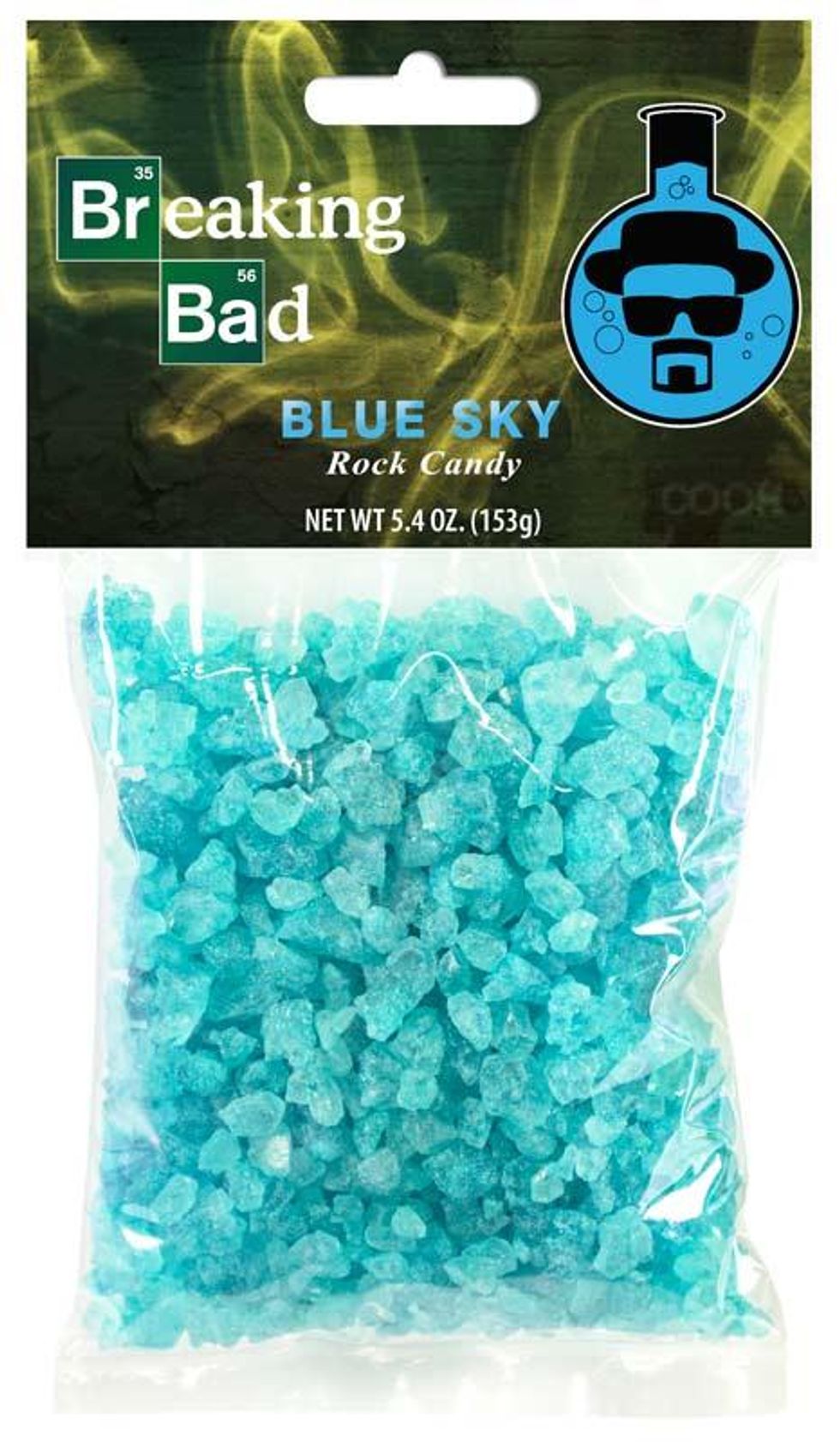 A shop in Provo, Utah—of all places—has been outed for selling packages of rock candy marketed as the infamous "Blue Sky" methamphetamine cooked up by chemistry teacher turned meth maker Walter White in the hit TV series "Breaking Bad."

The series, which aired for five seasons on AMC, told the story of White, an Albuquerque high school teacher who turned his talents to the lucrative task of manufacturing meth after he was diagnosed with lung cancer.

The item spoofs the nearly pure blue meth White cooked up in the show, complete with the "Breaking Bad" logo and an image of White as his clandestine alter ego Heisenberg superimposed over a glass beaker.

The rock candy was on sale at the FYE (For Your Entertainment) shop in Provo but apparently is no longer. It was also for sale on the store’s website, but as of today, "this item is currently not available," the website says.

“Ever want to own a street-legal package of Heisenberg’s infamous 'Blue Sky' product? Now you can with Breaking Bad Blue Sky Rock Candy Crystals, a package of deliciously addicting blueberry-flavored rock candy,” reads the product description on the FYE site.

It is still available on eBay, but only at the collector's price of $24.50 a bag. (It was going for $4.99 on the FYE site.)  Amazon and other websites sell blue rock candy without the methy marketing, and recipes for "Breaking Bad" rock candy are also all over the Internet.

Selling meth-marketed candy broke bad for FYE this past week when one of their customers took notice and then took umbrage. Customer Parker Twede posted a photo of the package to his Instagram page (he made his page profile private on Wednesday, so the rock candy pic is no longer available there).

“Just when I thought I had seen it all. Seriously?” Twede captioned the photo.

Twede was also happy to talk to local media about his concerns, racking up at least two interviews with Salt Lake City TV stations.

“It’s presented in a little baggie at the checkout, at children's eye level,” Twede told KSL-TV. “Frankly, it appalled me that this product even exists. It’s really irresponsible to the millions of people suffering from this terrible drug,” Twede added. “I am not easily offended, and I couldn’t stop thinking about this.”

Not everyone was as bent out of shape as Twede. Others interviewed by the TV station described the candy as "hilarious" and "funny."

Breaking Bad Blue Sky Rock Candy Crystals—not for everyone, especially the humor-impaired. But they could make a nice Halloween surprise for that special someone.

This article was produced by Drug Reporter, a project of the Independent Media Institute.
Report typos and corrections to: feedback@alternet.org.
#story_page_post_article