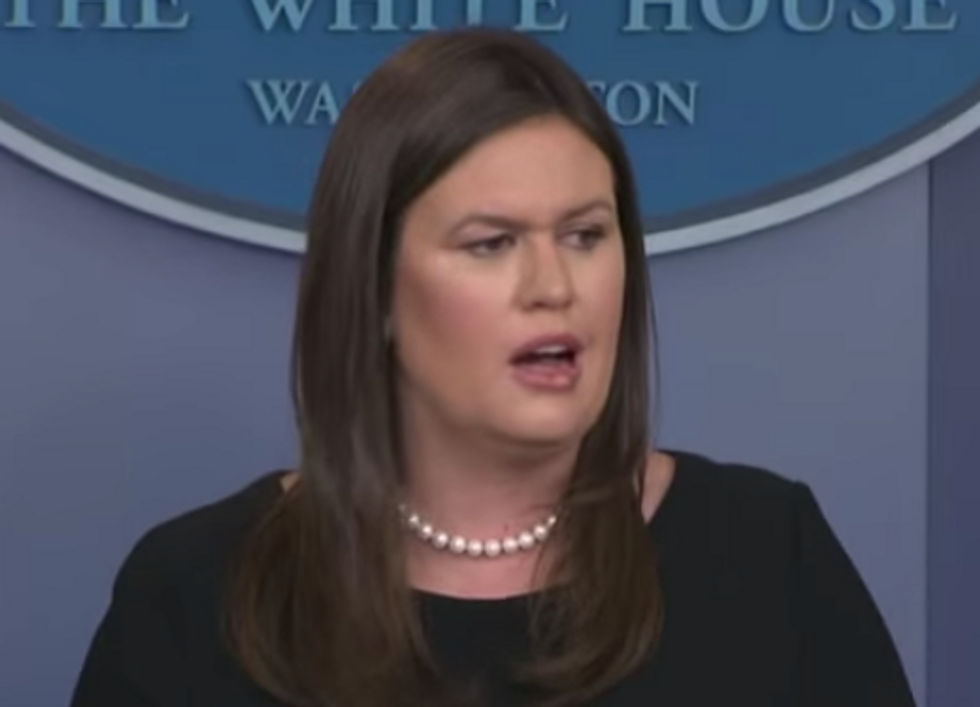 Omarosa claims in her new book Unhinged that President Donald Trump used the N-word on tape and that three sources confirmed this to her.

"They all told me that President Trump hadn’t just dropped a single N-word bomb," Omarosa writes. "He’d said it multiple times throughout the show’s taping during off-camera outtakes, particularly during the first season of The Apprentice.”

Sanders tellingly didn't claim that Trump has never said the N-word in her press statement.

"Instead of telling the truth about all the good President Trump and his administration are doing to make America safe and prosperous, this book is riddled with lies and false accusations," the statement reads.

Then Sanders took a predictable swipe at the media.

"It's sad that a disgruntled former White House employee is trying to profit off these false attacks," Sanders wrote. "[A]nd even worse that the media would not give her a platform, after not taking her seriously when she had only positive things to say about the President during her time in the administration."