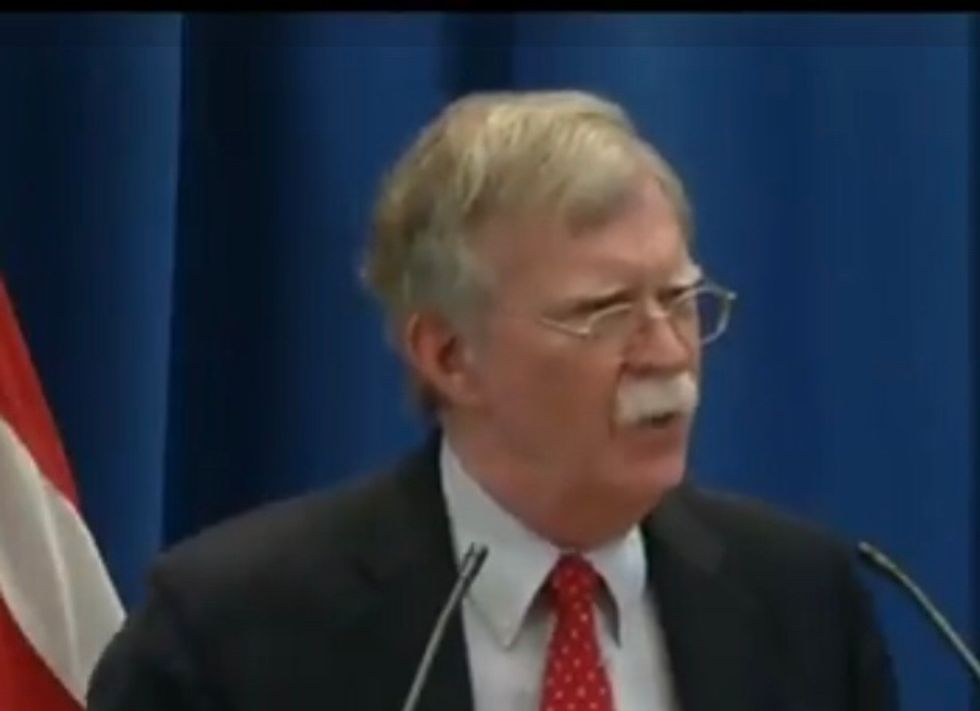 This week, following National Security Adviser John Bolton's announcement he had failed to reach an agreement with his Russian counterpart on election cyberattacks, he held a press conference in Geneva, Switzerland.

And he promptly shut it down after a reporter from the BBC asked him whether President Donald Trump is a "security risk."

"Of course not, that's a silly question. And I just spoke to him literally a few minutes ago, and we — we have performed here in exactly the way I think the two leaders would have expected us to, and you know, honestly, have a little faith in the American people who elected him president."

With that, the press conference summarily ended.

In addition to the allegations that Trump and members of his team accepted election assistance from Russia, Trump has blatantly risked national security on prior occasions, including an incident in which he shared code-word Israeli intelligence with Russian ambassador Sergey Kislyak in the Oval Office.

Bolton, an outspoken war hawk and former President George W. Bush's rejected candidate for ambassador to the United Nations, is Trump's third national security adviser since becoming president. He replaced Lt. Gen. H. R. McMaster, with whom Trump clashed on a number of issues, and who had in turn replaced Michael Flynn, who resigned in early 2017 and has pleaded guilty to lying to investigators about his dealings with Russia.