'The Black Hole of the Trump Trap': Hillary Clinton's Ex-Campaign Manager Explains How Trump Warps the Media - And How to Fight Back 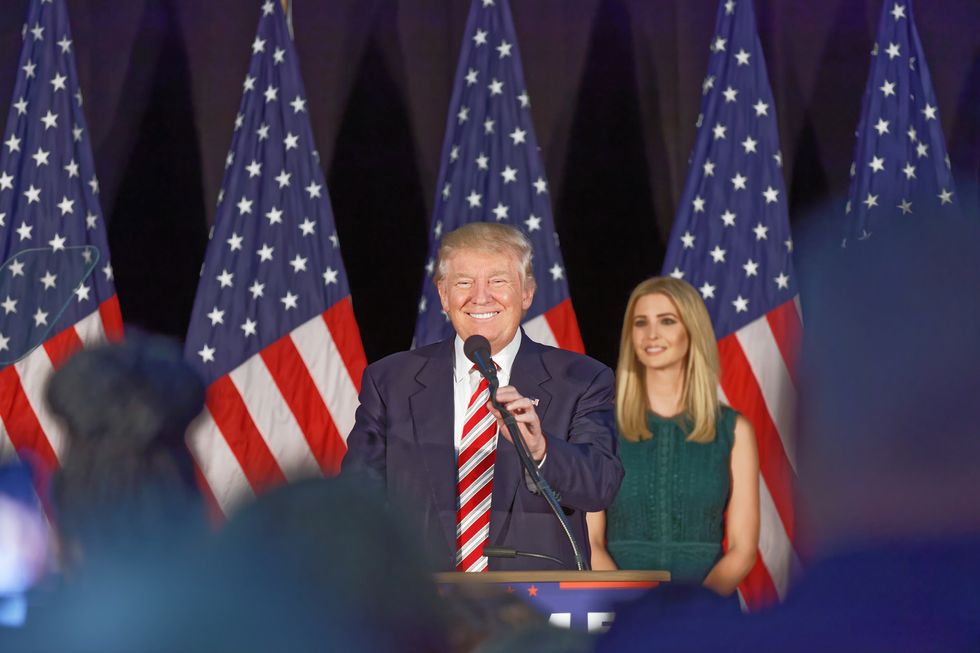 As the mid-term elections approach, Democrats are getting advice about how to win back control of Congress from all corners — including from the person who managed the last major losing Democratic campaign.

Robby Mook, who managed Hillary Clinton's 2016 presidential campaign, thinks he has important insight about how to win when one of your main opponents is President Donald Trump. And given that midterm elections are typically seen as a referendum on the president, nearly every Democrat on the ballot is, in essence, running against Trump.

To win, Mook advises in a New York Times op-ed, they'll have to avoid the "Trump Trap."

The Trump Trap is aptly named because it appears to be an appealing way to run a campaign. As Mook notes, conventional wisdom says that when your opponent is flailing, you should let them do as much damage to their campaign as possible. When Trump ignites one of his perennial controversies — calling African countries derogatory names, attacking private citizens, telling obvious lies — it's tempting to allow the media to focus on those stories and let the damage play out.

The problem, according to Mook, is that this allows Trump to control the narrative. Even when it looks like he's losing, he's still, to an extent, in control. This doesn't make him an extraordinary politician — he still lost the popular vote in 2016 and remains unpopular — but it does give him certain advantages.

For example, Mook cites Trump's attacks on Khzir Khan, the Muslim father of a slain U.S. military service member, during the summer of 2016. The Clinton campaign was happy to let Trump's appalling attacks take center stage to show his unfitness for office, but Mook now notes that this undercut the opportunity to highlight other important figures and issues in the campaign.

"[The] result was that people heard his message, not ours," Mook wrote. "So much so that after the election, some people thought Mrs. Clinton never talked about people’s economic lives. But she did. It just went into the black hole of the Trump Trap."

To fight back against this phenomenon, Mook urges Democrats call out Trump's controversies as distractions — and then move on to the issues.

"We need to demand answers for the administration’s assault on health care coverage, its corruption and its bilking of middle-income taxpayers," he writes. Focusing too much on Trump's insults will just make the story about insults.

Democrats, he argues, should pick their own fights where Trump is weak, such as on health care. He also calls for Democrats to direct more criticism at the GOP, rather than each other.

Mook then says that the media must do a better job ignoring Trump's petty tirades. It's a fantasy to think that the TV networks and news websites will ever ignore these outbursts entirely — they both drive reader/viewer interest and are genuinely newsworthy — but the media would do well to recognize that it often goes overboard in covering these dust-ups. Focusing more on issues of substance would be an overall boon for the country.