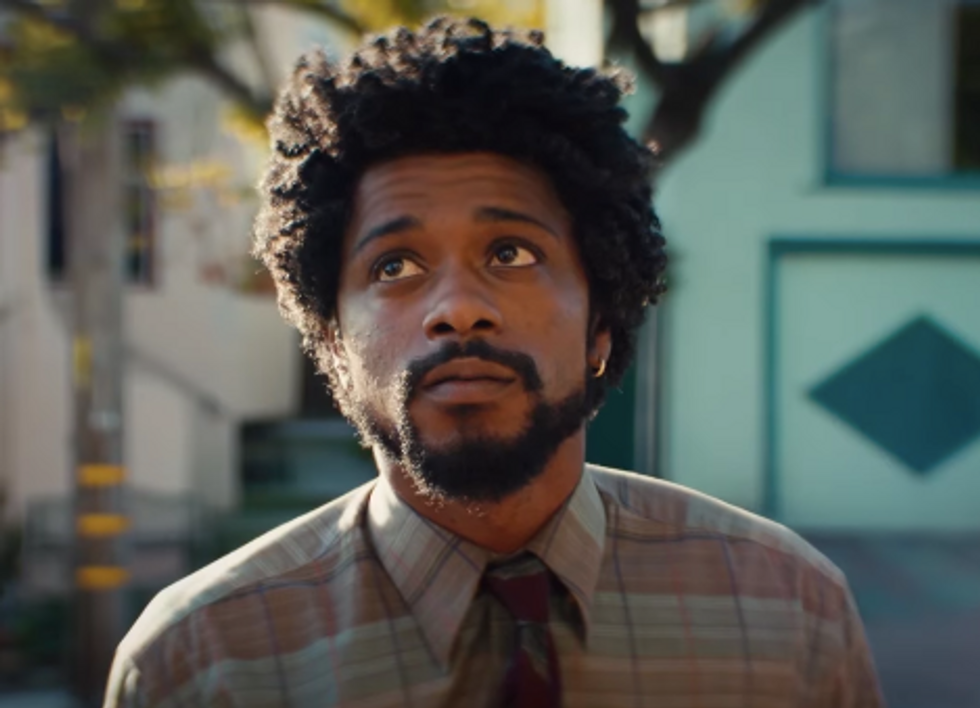 Boots Rileyâ€™s new film â€œSorry to Bother Youâ€ does anything but apologize.

In telling the story of Cassius, a young black man who becomes an extraordinarily successful telemarketer after he starts using his â€œwhite voice,â€ it showcases the magnitude of racial and class oppression.

Colloquially, Cassiusâ€™ use of a â€œwhite voiceâ€ is known as code-switching, and the film highlights something that most African-Americans could probably tell you: The ability to code-switch is often a prerequisite to becoming a successful black person in America.

As a race scholar and sociologist, Iâ€™ve studied biracial Americans who engage in code-switching. I found that the ability to deftly code-switch has some real advantages. But it also has its fair share of pitfalls.

More broadly, it has led me to wonder what the persistence of code-switching tells us about race, opportunities and making connections in America today.

Adapting to the dominant culture

Code-switching is the practice of interacting in different ways depending on the social context, and it isnâ€™t limited to race. Most of us interact differently when hanging out with friends than we would during a job interview.

However, due in large measure to structural inequality and centuries of segregation, different cultural norms and ways of speaking have emerged among white and black Americans.

But because dominant culture is white, whiteness has been baked into institutions as natural, normal and legitimate. So thereâ€™s much more incentive for people of color to code-swich â€“ to adapt to the dominant culture to improve their prospects. White people rarely, if ever, feel this same pressure in their daily lives.

For this reason, the notion of a person of color deploying a â€œwhite voiceâ€ in the workplace (or anywhere in American society) isnâ€™t a new phenomenon.

Biracial people create somewhat of a different dynamic due to their backgrounds. Often they have to navigate groups that are either all white or all black. In each instance, theyâ€™re outsiders who need to send certain signals â€“ or avoid certain landmines â€“ to fit in.

In my research, I explain how black and white biracial Americans deploy what I call â€œracial capital.â€

I interviewed 60 black-white biracial Americans and asked them how their lives were shaped by race. I soon realized that they seemed to be pulling from a repertoire of resources in order to break down racial barriers and establish in-group membership among whites and blacks.

I categorized this repertoire into four areas: knowledge, experiences, meanings and language.

For example, one of my interviewees bragged about her ability to code-switch: â€œTo some people, Iâ€™ll say â€˜He was handsome!â€™ versus â€˜He fine as hell, girl!â€™ And I think Iâ€™m the baddest because I can talk to this group and that group in the same way that they talk.â€

But this doesnâ€™t always work. One person I interviewed explained that when he didnâ€™t dap properly at his predominately black barbershop, the other patrons laughed at him and treated him like an outsider.

Other times, people are â€œcaught in the act,â€ meaning people witness them interacting differently in ways that are shaped by race. This makes others question their authenticity, which ultimately jeopardizes any connection.

One participant in my study told me that he is perpetually self-conscious about code-switching out of fear that someone would witness his behavior and question his authenticity.

Another participant echoed his concern: â€œI feel almost bad sometimes when someone sees [me code-switch],â€ she said, â€œbecause they are like â€˜Whatâ€™s going on?â€™ Especially my boyfriend â€“ heâ€™ll be like â€˜Who are you?â€™â€

And one person I spoke with said that it was â€œhumiliatingâ€ when others saw him code-switch because people â€œjust donâ€™t understand.â€

These are the costs of code-switching, and my participants continually risked being misunderstood and treated as outsiders.

Because of societal pressures, itâ€™s a risk black and biracial people are clearly willing to keep taking.

Code-switching would not be necessary if white privilege hadnâ€™t been embedded in every social institution in American society for centuries. More and more, researchers have been able to show how racism has been rooted in how American society is organized.

In the workplace, black people face more obstacles to career advancement and a growing racial wage gap. In education, schools in poor black neighborhoods receive less resources, while teachers mete out disproportionately harsh disciplinary treatment for students of color. In politics, we see a lack of proportional representation among elected officials and recently witnessed the election of a president who routinely disparages people of color. In entertainment, there is a lack of diverse, nuanced, fully human characters of color. Even in religion, deities have been whitewashed.

Despite this documented reality, there are those who think that racism in America is a myth, that reverse racism is a threat or that our society is largely colorblind â€“ a convenient way to avoid grappling with the severe discrepancy between societal values like equality and the reality of structural, intergenerational inequality.

I argue that there would be no need for racial capital if we were truly in a â€œpost-racialâ€ society â€“ that is, a society where race carried no meaning.

Why would black and biracial Americans feel compelled to change the way they interact â€“ the words they use â€“ if race no longer mattered?

Yet the fact that code-switching is blatantly referred to as the â€œwhite voiceâ€ in the film underscores the power of whiteness â€“ and the persistence of white privilege.

Even though we are becoming more racially and ethnically diverse, we are seeing racial tensions rise. Rampant racial inequality is evidence that white privilege continues to prevail.

There is no room for individuality, nuance or variation, which precisely captures the oppression of being compelled to code-switch.

Whiteness is the script, and code-switching is merely a strategy to adapt.

Race relations will continue to deteriorate unless our societyâ€™s script undergoes some serious revisions.

The trailer for â€˜Sorry to Bother You.â€™