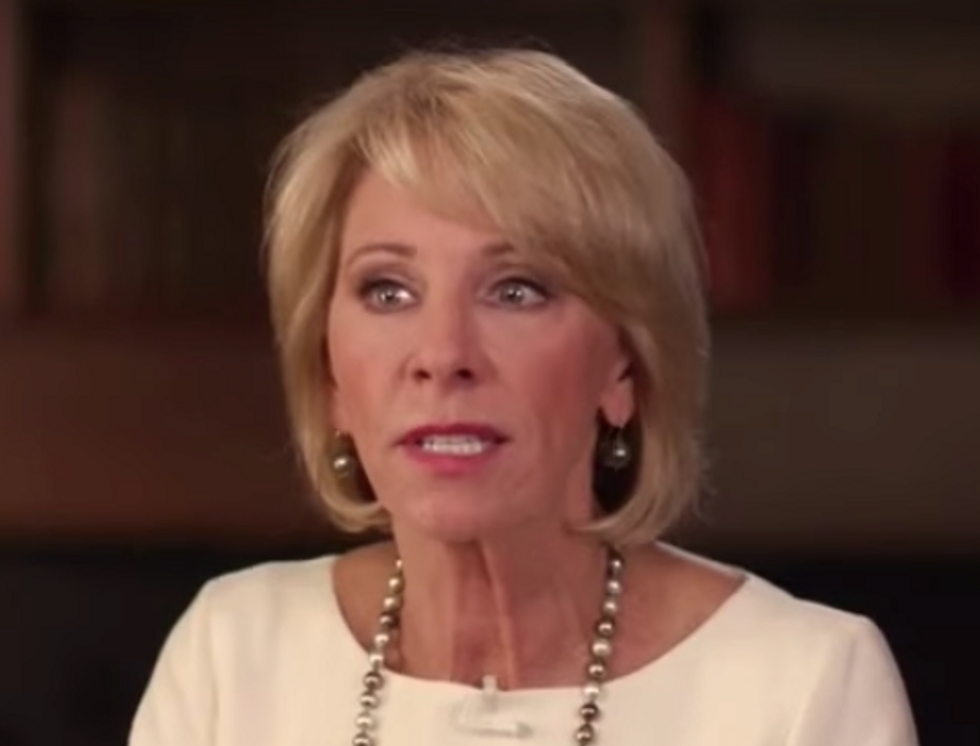 Betsy DeVos is working on a plan that would, for the first time in history, allow schools to use federal funds to buy guns, according to a report in The New York Times late Wednesday. The Education Secretary was tasked by the President with putting together a commission to protect schools from gun violence after the massacre at Florida's Parkland High School.

DeVos is examining an Obama-era program of grants that is designed to "provide all students with access to a well-rounded education," "improve school conditions for student learning," and "improve the use of technology in order to improve the academic achievement and digital literacy for all students," according to the Dept. of Education's website.

But because Congress did not specifically block the Student Support and Academic Enrichment grants from being used to purchase firearms, DeVos believes she can use her discretion to order those funds be allowed to be used to buy guns, and to fund firearms training.

In essence, DeVos would be using federal funds to subsidize firearms manufacturers and the gun lobby.

DeVos' school safety task force has produced no tangible results. The Education Secretary revealed months after forming her commission that it would not be examining the role of guns in school gun violence.