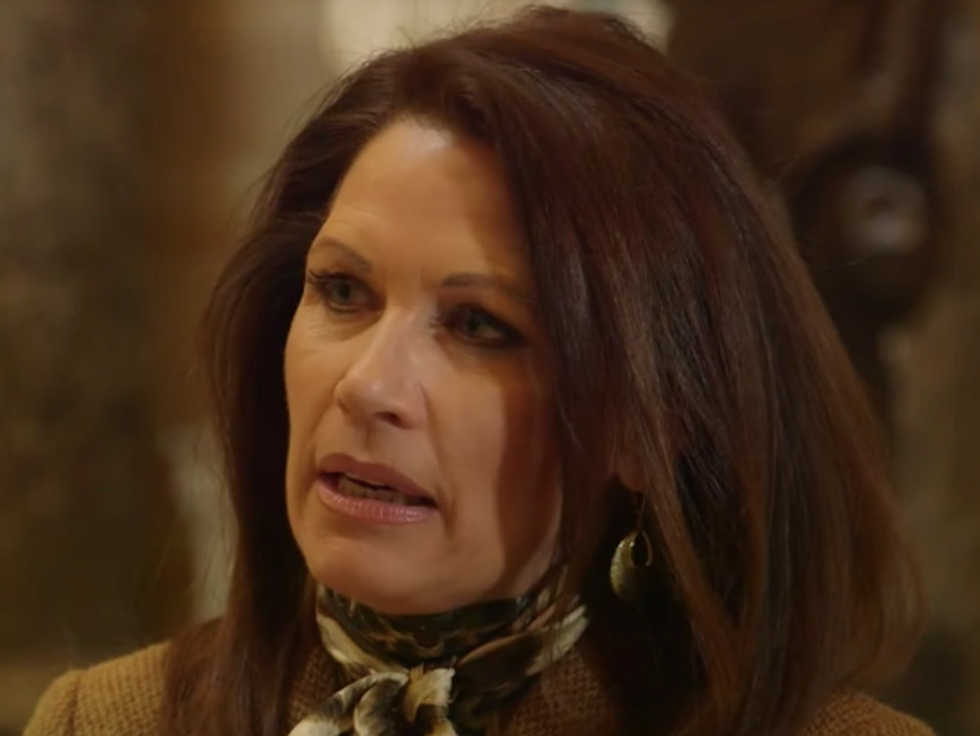 Former U.S. Rep. Michele Bachmann said that former President Barack Obama and Hillary Clinton should be in jail during an appearance on a bizarre apocalyptic Christian show called "Understanding the Times."

“The entire basis of the special prosecutor claim of creating Robert Mueller’s investigation was based upon a lie,” Bachmann said. “And, in fact, just the opposite was true. What came out—and this really should be the biggest issue of this election is this—what we found out is that Barack Obama and Hillary Clinton colluded together with a former spy from Russia to spy on Donald Trump’s campaign, including embedding a human being in his campaign to spy on him and use the instruments of the United States government—the CIA, the FBI—to spy on a candidate for president.”

There is no evidence to support her allegation that a Russian spy was engaged in espionage at the behest of any Democrat.

But that didn't stop her from suggesting President Donald Trump's political opposition should be jailed.

“I’ll tell you the people who should be under investigation—really who should be in jail right now—and I don’t say this to be partisan, is our former president, our former candidate for the Democrat Party. They were misusing government to advance their political wins. So rather than Donald Trump being under the microscope, it should be Hillary Clinton, it should be Barack Obama.”

The former representative has been making startling appearances on "Understanding the Times" for many years.

She previously suggested that America is "cursed" by God and Obama was an anti-Christian leader who was helping to usher in the apocalypse.

Listen to Bachmann's most recent "Understanding the Times" appearance below.