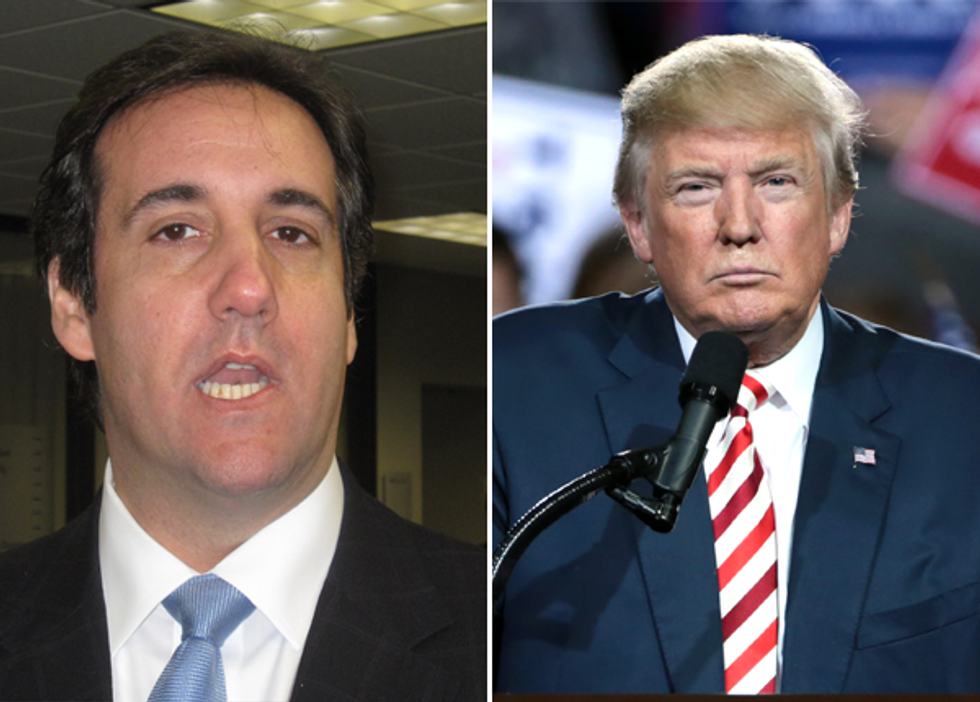 Michael Cohen turned on President Donald Trump after watching him bow down before Russian president Vladimir Putin last month in Helsinki, according to his attorney.

“It was evolutionary,” said attorney Lanny Davis. “In talking to him, again, I have to be careful what I share as an attorney, but I can tell you that Helsinki was a significant turning point.”

The president stood alongside Putin and cast doubt on U.S. intelligence conclusions that Russia interfered in the 2016 election.

“He worried about the future of our country with the president of the United States aligning with somebody who everybody in his intelligence community who he appointed, including Dan Coats, said that Putin interfered and tried to help Trump get elected, and Trump is the only one left denying that,” Davis said.

“That shook up Mr. Cohen, but earlier events shook him up when he first approached me, we talked about what caused him to change his mind from taking a bullet for Donald Trump, in the statement he made, to seriously worrying about his unsuitability as president after he became president,” he continued. “It was an evolutionary process, a painful process. When he and I talked when I decided to help him, it was after several weeks of talking about the evolution that he’s gone through.”