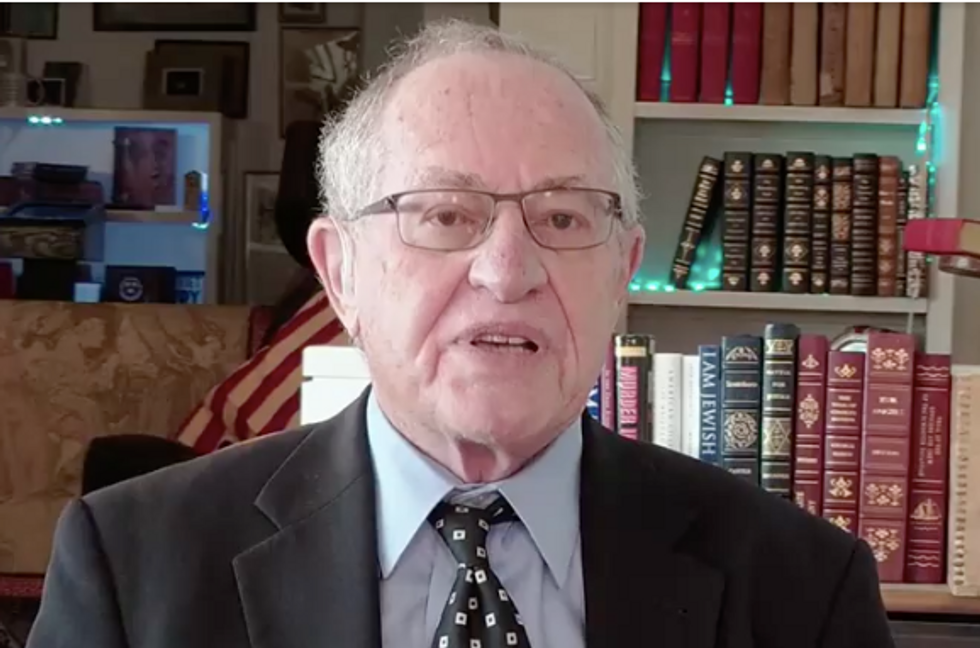 Civil libertarian Democrat Alan Derschowitz has become infamous for his extensive defense of President Donald Trump about the probe by special prosecutor Robert Mueller, especially his argument that Trump should not be impeached.

But even Derschowitz was forced to admit that Trump and the country he's supposed to serve don't have the same interests.

“Look, it would be good for the American public if President Trump sat down and said everything he knows, but it wouldn’t be good for President Trump,” Dershowitz said. “And that’s why his lawyers are so strongly recommending against it. His lawyers, particularly his private lawyers, are not supposed to consider what’s best for America. The White House counsel perhaps, yes, but his private lawyers are supposed to consider what’s best for Mr. Trump.”

Derschowitz also repeated the right-wing talking point that speaking to special investigators would find Trump walking into a "perjury trap." This argument is dubious since perjury is the intentional act of lying under oath.