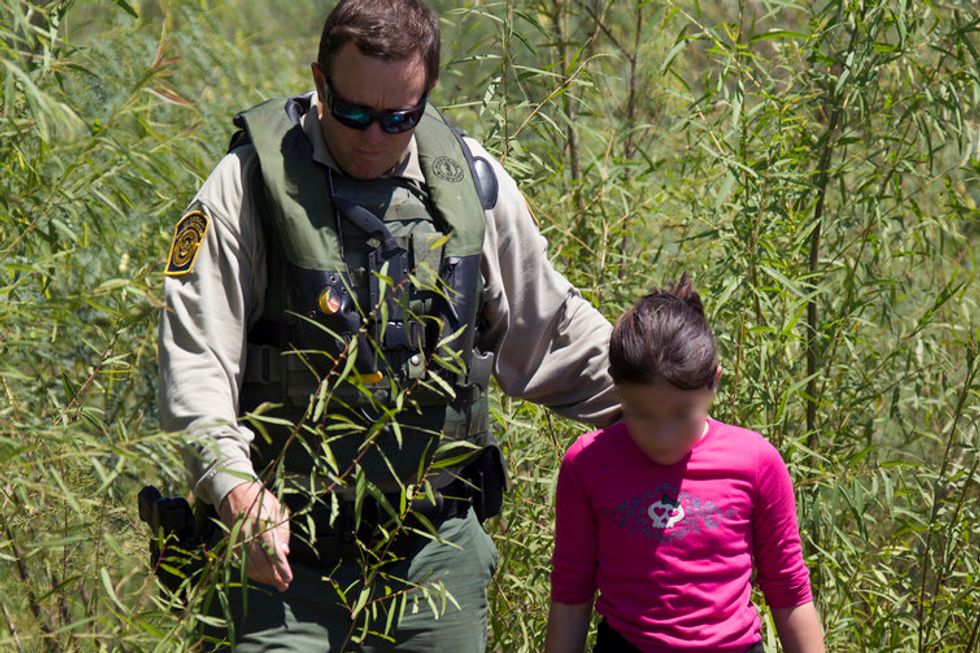 A Border Patrol Riverine Unit conducts patrols in an Air and Marine Safe-Boat in South Texas along the Rio Grande river. They rescue a child who is stranded on the river bank of the Rio Grande. Photographer: Donna Burton
Tom Boggioni
and
Raw Story
August 07, 2018

A contender for the GOP nomination to fill an open U.S. Senate seat representing Arizona had a full-fledged freak-out after one of the state’s leading newspapers endorsed one of her Republican rivals.

She then accused the paper of publishing “fake news.”

According to AzCentral, former Arizona State Senator Dr. Kelli Ward is making her second run for a US Senate seat and became enraged when the Arizona Republic endorsed Rep. Martha McSally instead.

With McSally leading the primary field — which also includes former Maricopa County Sheriff Joe Arpaio — Ward had hoped for an endorsement to boost her flagging campaign.

When the Republic endorsed her rival, Ward took to Twitter and lashed out in all directions, including attacking mainstream Republicans and the reporters who have followed her campaign.

“.@dannowicki & @yvonnewingett claim to be “journalists” but their agenda is clear: Push for open borders & amnesty. Won’t work this time. Voters won’t be duped by @azcentral into voting for @MarthaMcSally like with @SenJohnMcCain & @JeffFlake. #MarthaMcAmnesty #AZSEN,” she tweed before adding, “The #FakeNews media balks at the notion that they’re the enemy of the people all while continuing to oppose the #AmericaFirst agenda.”

From there she continued her Twitter outrage-fest, defending President Donald Trump who, notably, has not endorsed her or even Arpaio — the recipient of a presidential pardon just months ago.

You can read her frantic tweets below: