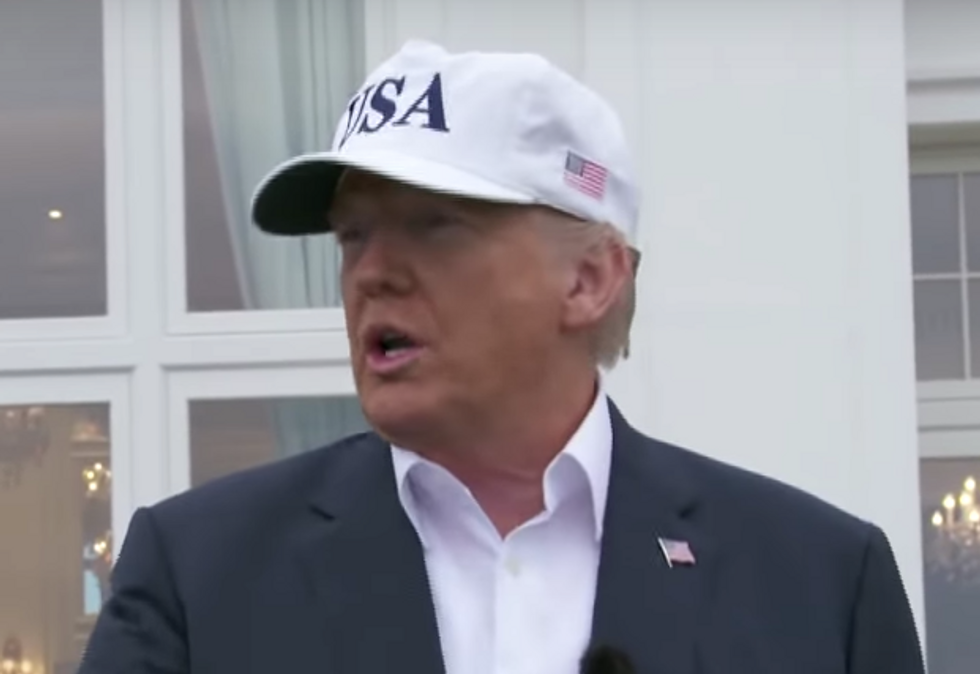 President Donald Trump tweeted on Wednesday night that the South African government was "seizing land" from white farmers, who he claimed to be the subject of large-scale killings.

This claim is false — there is no evidence of large-scale targeted killings of white farmers anywhere in South Africa.

The Anti-Defamation League released a blistering statement about Trump's comments, which he appears to have tweeted after watching a conspiratorial Fox News segment.

"It is extremely disturbing that the President of the United States echoed a longstanding and false white supremacist claim that South Africa’s white farmers are targets of large-scale, racially-motivated killings by South Africa’s black majority," the group said.

The ADL explained how Trump's claims are actually part of a long-standing effort by white supremacists to falsely paint white people as victims of genocide.

The ADL ended with a damning indictment of Trump's racist remarks.

"We would hope that the President would try to understand the facts and realities of the situation in South Africa, rather than repeat disturbing, racially divisive talking points used most frequently by white supremacists," the ADL concluded.