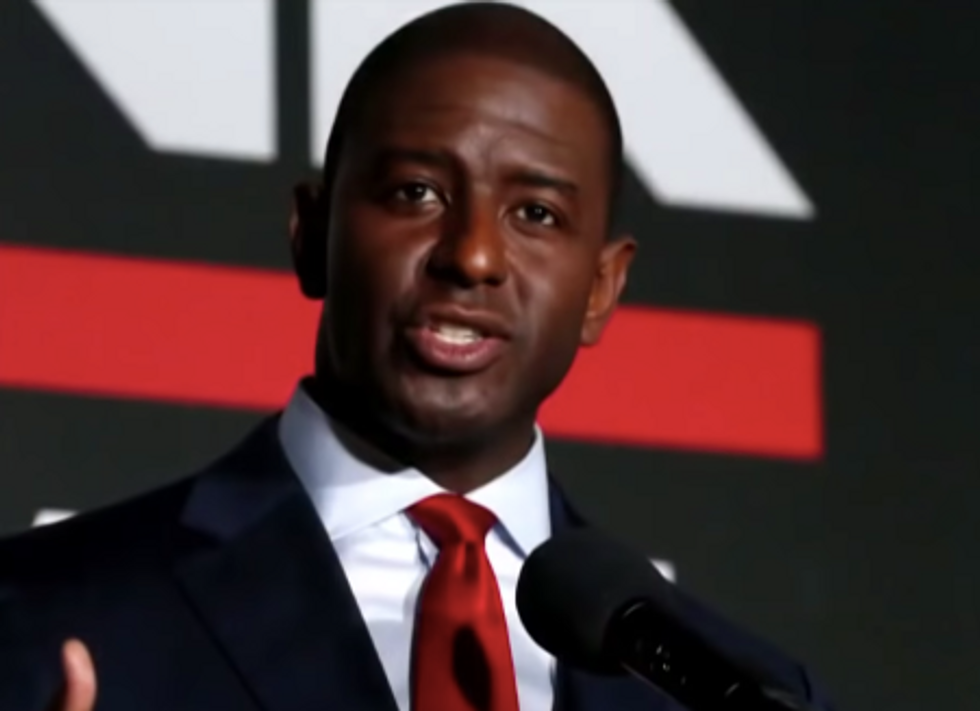 On Tuesday night, Tallahassee Mayor Andrew Gillum stunned the political world by overcoming polls and conventional wisdom to win the Democratic nomination for governor of Florida.

And America is already starting to take notice.

According to CNN, Gillum raised $1 million in campaign funds in just the first 24 hours, signifying a sharp surge of national interest and enthusiasm.

Gillum was never the favorite to win the primary. He faced better-known opponents in former Congresswoman Gwen Graham and former Miami Beach Mayor Philip Levine, and most polls showed Graham taking the nomination. But Gillum pulled off a win by attracting younger voters and minorities to the polls.

The first African-American to win a major party nomination for governor in Florida, Gillum is running on an unapologetically progressive platform of Medicare for All, increased education funding, criminal justice reform, and climate action.

He has a broad coalition on his side, ranging from Sen. Bernie Sanders (I-VT), to Rep. Frederica Wilson (D-FL), to former HUD Secretary Julian Castro, to progressive activist donor Tom Steyer, to groups like Indivisible, Color of Change, Democracy for America, Moms Demand Action, the Democratic Black Caucus of Florida, the National Nurses Union, and the Working Families Party.

Gillum's Republican opponent is Rep. Ron DeSantis (R-FL), a member of the far-right House Freedom Caucus who is so loyal to President Donald Trump that he ran a campaign ad of himself teaching his son to read with a Trump campaign sign. DeSantis is currently facing charges of racism after a remark on Fox News that Florida should not "monkey this up" by electing Gillum, as well as revelations that he helped moderate a bigoted Facebook conspiracy theory group.