American Boatbuilders Are the Latest Casualty in Trump's Trade War 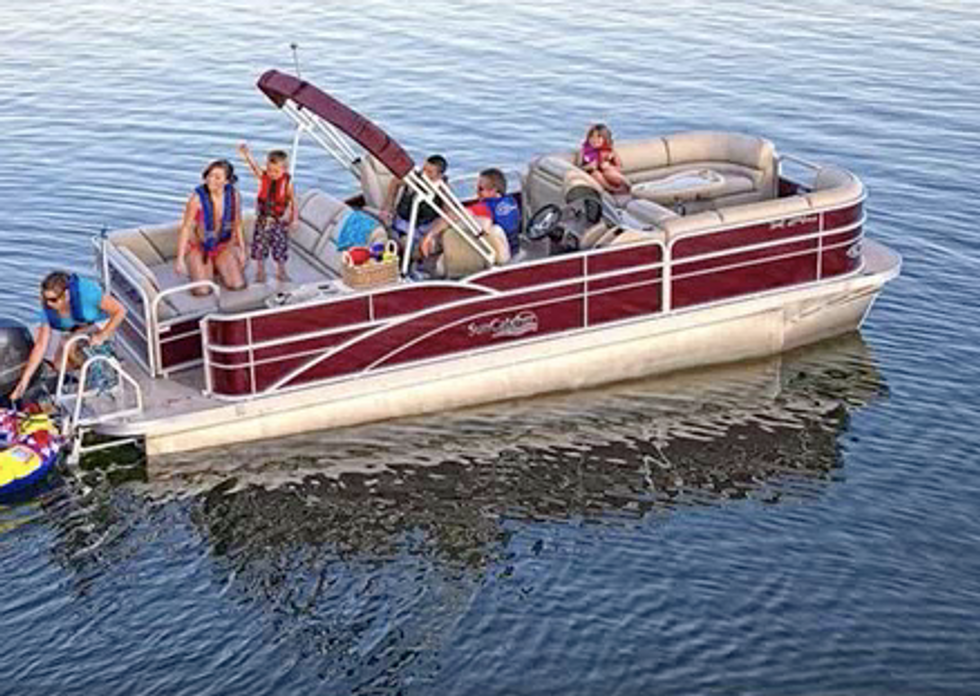 Add boatbuilders to the list of American industries taking a beating due to Trump's new tariffs and resulting trade war. A retaliatory European Union tariff of 25 percent is drying up sales overseas, and Trump's aluminum tariffs just happen to hit the thing that small recreational boats need a lot of: aluminum.

A typical pontoon might sell for about $30,000, but that could soon rise to as much as $37,000, according to CEO Doug Smoker. That’s largely because of the rising cost of aluminum, “the No. 1 commodity” that goes into his boats. (Five years ago, Smoker moved to all-American purchasing wherever feasible, but the company is still getting squeezed, because demand for U.S.-made aluminum surged with the tariffs, pushing prices up.)

Nonetheless, Smoker figured the company was in decent shape — until retaliatory tariffs were imposed by Canada, where more than a quarter of his fishing boats are sold. He rushed as much inventory as he could north of the border. But since the levies went into effect July 1, sales there have “dried up.”

Potential boat purchasers may be inured to the notion of chucking money into their new watery hobby, but still: a sudden $7,000 increase in the price of a $30,000 boat is something most purchasers are going to notice, and it's very likely that anyone who does need a recreational boat right-the-heck-now will be waiting until someone, somewhere talks some sense into Rich Orange Trade War Guy. And there are very few people in America who need a recreational boat right-the-heck-now.

While the tariffs are impacting small and large boatbuilders alike—the Los Angeles Times notes a builder of multimillion dollar crafts is suffering as well—there is no word on how these tariffs will affect the sale of fresh new Cayman Islands flags. For that we'll have to ask someone like Trump Secretary of Education Betsy DeVos, and so far she's not commenting on any of this.