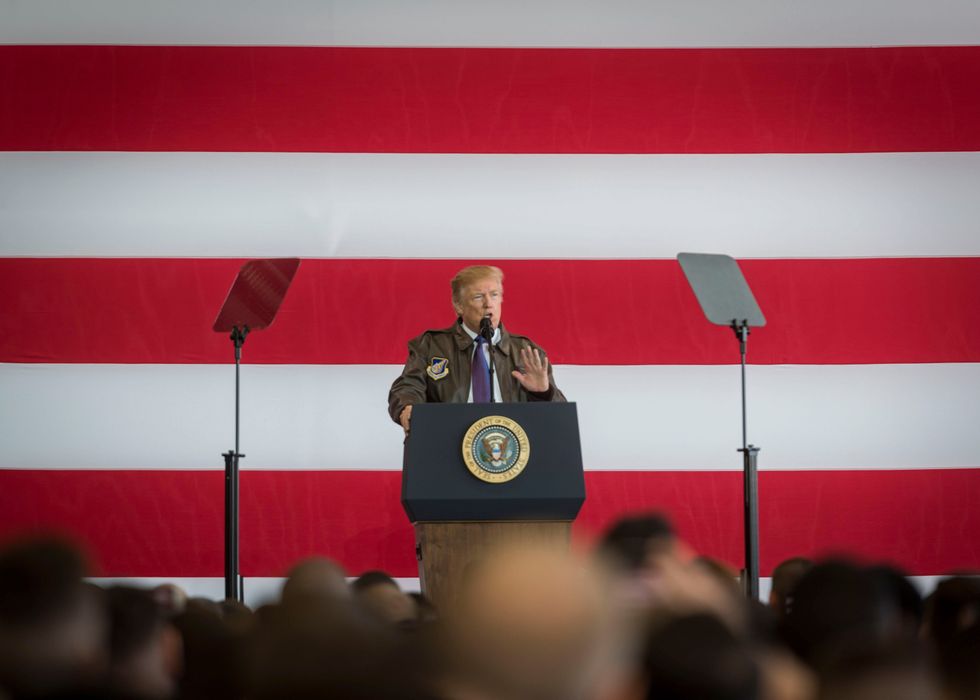 With two of President Donald Trump's former aides — Paul Manafort and Michael Cohen — officially declared to be criminals in two separate courts in on Tuesday, the editorial boards at both the New York Times and the Washington Post offered devastating takes on the White House's greatly diminished moral and legal standing.

"Only a complete fantasist — that is, only President Trump and his cult — could continue to claim that this investigation of foreign subversion of an American election, which has already yielded dozens of other indictments and several guilty pleas, is a 'hoax' or 'scam' or 'rigged witch hunt,'" wrote the Times.

The Post declared: "For a president who had promised to hire only the best, the twin results represented a stunning rebuke."

Throughout these prosecutions, Mr. Trump vacillated between distancing himself from Mr. Manafort (he worked for the president for only “a very short period of time”) and embracing him (he is “a very good person”). Similarly, Mr. Trump flipped from fury that Mr. Cohen’s offices were raided to claiming that he and Mr. Cohen were never all that close. This contradictory excuse-making should not distract from the fact that the president has staffed his campaign and administration with shady characters, fringe ideologues and other opportunistic hangers-on who would never have approached their high positions but for Mr. Trump’s lack of judgment.

The Times notes that Manafort's history, in particular, was deeply troubling at the time Trump hired him. He has worked for dictators and undemocratic leaders on the international stage. It notes that, in fact, Trump may have hired Manfort exactly for this experience, rather than despite this past.

The Post highlighted the fact that Cohen's indictment and guilty plea directly implicates the president. Trump's lawyer Rudy Giuliani has acknowledged that Cohen often made hush money payments on Trump's behalf to women, and Cohen has now said that on at least two instances, this violated campaign finance law. He has all that much more credibility because he said it under oath, and he will now face legal consequences for the admission.

But where does that leave us with Trump? On Wednesday, we'll all wake up, and he'll still be president, despite everything we've learned.

And yet the Times notes that Trump's attacks on the Russia investigation will ring particularly hollow: "For a witch hunt, Mr. Mueller’s investigation has already bagged a remarkable number of witches. Only the best witches, you might say."

Meanwhile, the Post says the ball is now in Congress' court, whether it likes it or not.

"Congress must open investigations into Mr. Trump’s role in the crime Mr. Cohen has admitted to," it writes. "It is far too soon to say where such inquiries would lead. But legislators cannot in good conscience ignore an alleged co-conspirator in the White House."