Al Gore Has a Simple Message for Donald Trump 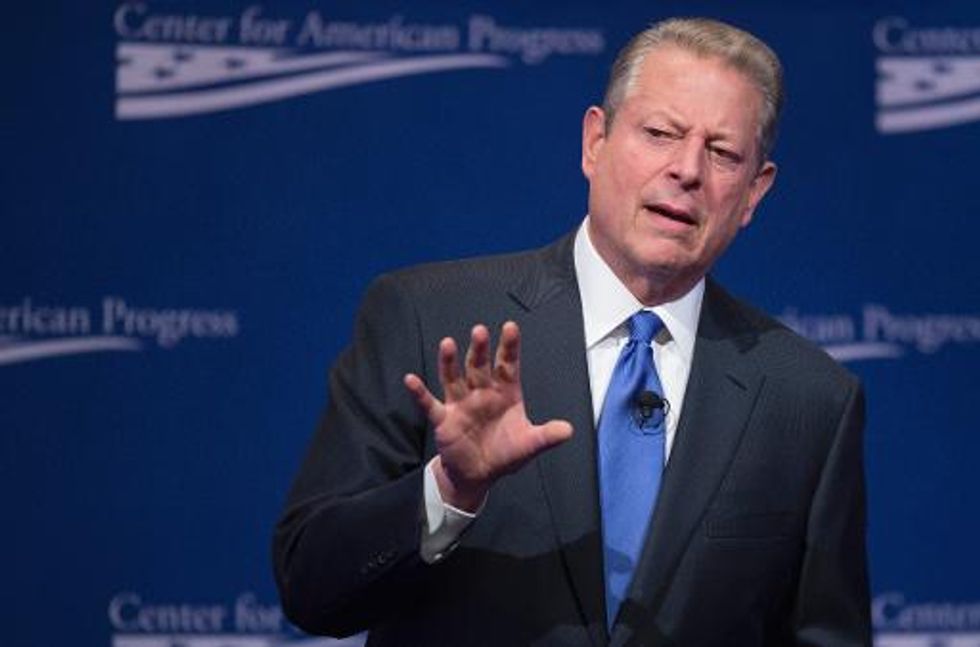 What a difference two years makes.

Al Gore, the former vice president and Democratic presidential candidate, just publicly called for President Donald Trump to resign — after initially meeting with the incoming president at Trump Tower in 2017 to discuss the environment.

The Tennesseean explained during a recent interview with a Fox affiliate in Los Angeles, Fox 11 Los Angeles that his meeting with Trump during the transition period between the November 2016 election and the January 2017 inauguration, noting how the future president did not take any of his suggestions.

"I don’t think he’s prepared to listen to advice about the importance of clean air and clean water," Gore told Michaelson. The former vice president also described global warming as "a global emergency. It truly is! Look at the temperatures going to record levels, look at the fires!"

Gore also took swipes at Trump's environmental policies, including some creative wordplay on how Trump has reshaped the Environmental Protection Agency (EPA) to place the interests of the business community over those of the environment.

"I think everyone knows to discount what this current Administration is doing and saying. They’ve made the EPA the CPA! The Coal Production Agency! Instead of protecting the environment," Gore told Michaelson.

Finally, Gore showered praise on California's Democratic Gov. Jerry Brown, who has been at the forefront of efforts to effectively combat global warming.

"California has been the leader among all 50 states, partly because of the leadership of Jerry Brown. He’s a friend, but I’m a fan. California has set the standard that other states are now aspiring to," Gore told Michaelson about Brown.