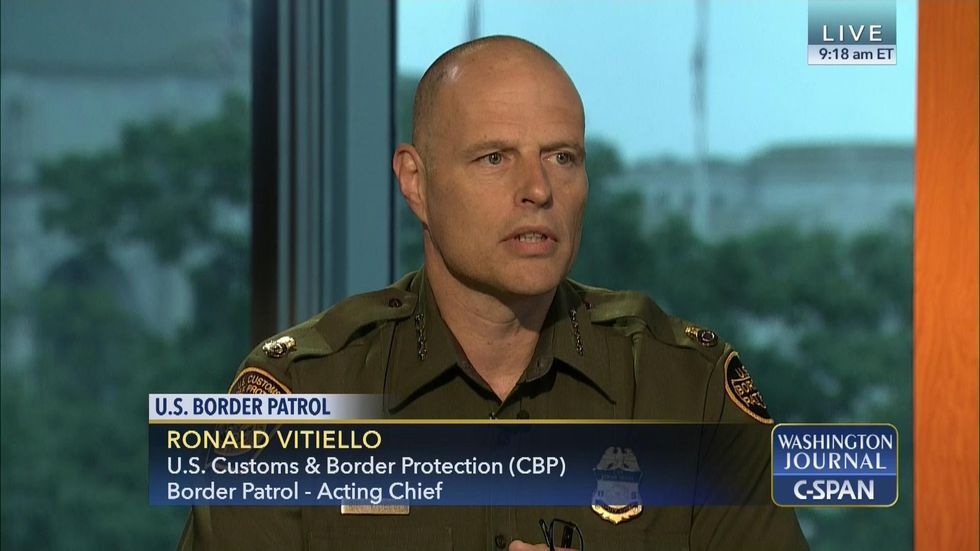 Acting ICE Director Ronald Vitiello says there was always a plan in place to reunite the thousands of children ordered separated from their siblings and their parents under the Trump administration's “zero tolerance” policy, and he blames the federal courts for the "chaotic" disaster of children, including infants, being without their families and held in cages for months.

Vitiello made his false claims Monday afternoon to Fox News' Neil Cavuto, who did not appear to press the 30-year law enforcement veteran for any proof to support his spurious assertions.

"It was never intended for these people to be separated permanently," Vitiello said. Countless reports and investigations found there was no policy or procedure to track the children – including infants – so they could be reunited with their parents. "At the other end of the process they would have been reunited for removal back home."

There is no proof to support that claim.

Vitiello also ignores the fact that many were seeking asylum, and returning them to their home countries can be a death sentence.

"That's where we ended up," he continued, "the president's order and then the court stopped us. That's why it looked so chaotic, because the systems in CBP, ICE, and HHS were never designed to work that way. We've recovered from that now, we're within the president's directive as well as what the court has asked us to do."

Actually, there are currently over 550 children who have not been reunited with their families, including several under the age of 5. Many of these hundreds of children have been effectively and permanently orphaned because the U.S. government has already deported their parents, leaving them here alone.

Mental health experts say many of these children may suffer permanent consequences because of the federal government ripping them from their families.

Ron Vitiello on separating families at border: "We supported what the president did, which was re-calibrate where w… https://t.co/Kg9YEzYzI4
— Fox News (@Fox News)1534798581.0